MOAs Are Convinced That TXT Are On Stan Twitter, And So Are We

The members of TXT recently came together to unbox and review their latest album, The Chaos Chapter: FREEZE, for their YouTube channel.

There are some parts in particular in the video in which the members reminded MOAs of themselves. It was not just the members’ excitement over each other’s good looks or pulling their own photocard but even the language they used to express themselves. 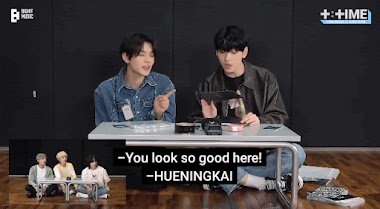 MOAs have compared how the members talked and interacted with each other to how they are online with their mutuals. One of the clips from the video has gone viral with users, saying that Soobin and Yeonjun talk just like their “oomfs” (an acronym for “one of my followers” or “one of my friends”).

Now MOAs are convinced that the members must also be on stan Twitter to know these types of expressions.

We may never know whether TXT truly is on stan Twitter internet-stalking us… We know for sure, though, that TXT are the world’s biggest MOAs, so it wouldn’t be all that surprising if they have secret stan accounts.

Check out the full video below: