According to MLD Entertainment, girl group MOMOLAND — whose fans have recently grown more concerned regarding the whereabouts of some of the members — will now be performing as a six-membered team. 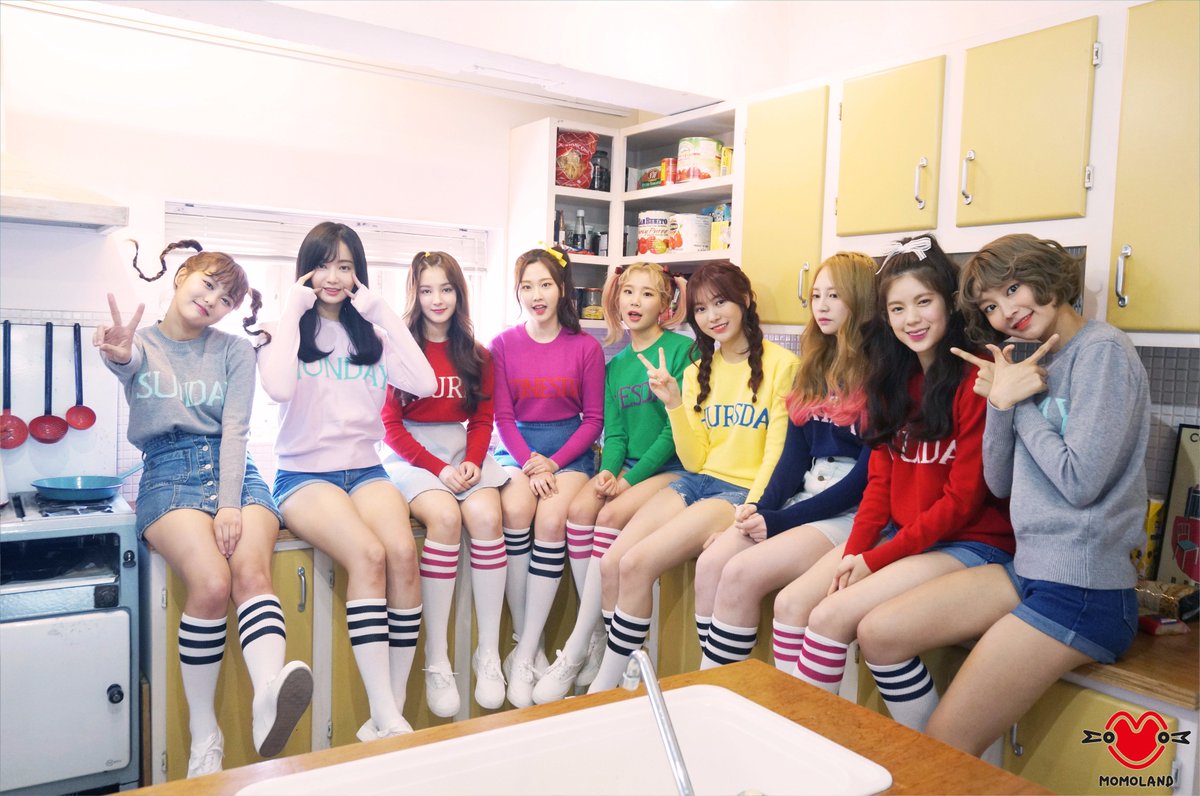 In an official statement, MLD Entertainment shared that members Yeonwoo And Taeha will no longer be a part of MOMOLAND. 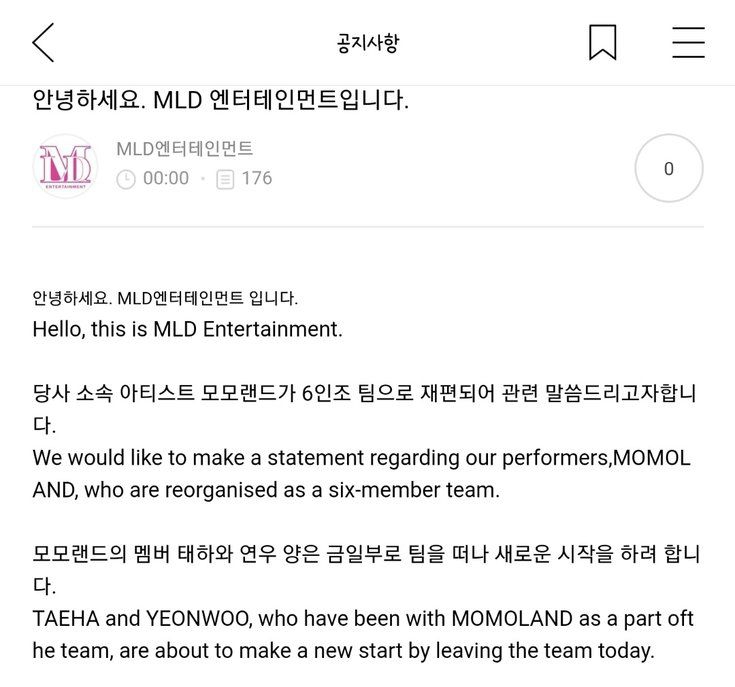 According to the agency, both members thoroughly discussed their careers with the agency and came to agree that it is best to part ways. MLD Entertainment has terminated the contract with Taeha, who will be “[making] a new start at a new place.” 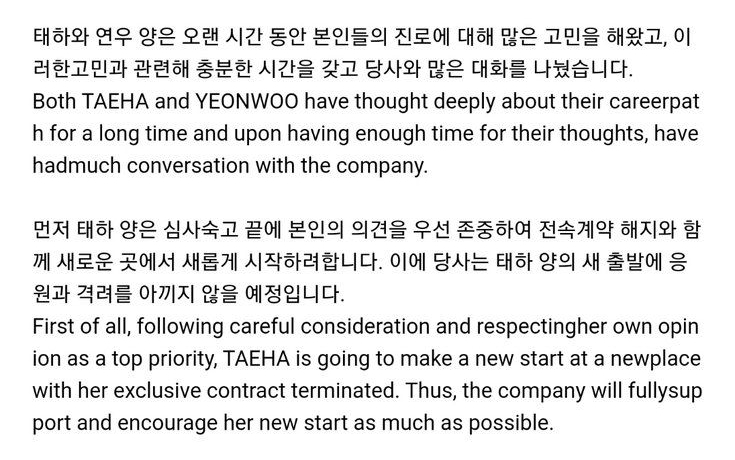 Yeonwoo will be focusing on expanding her career as an actress. MLD Entertainment clarified that though she will be leaving MOMOLAND, she will stay with the agency to pursue this new beginning of her career.

As for Daisy, MLD Entertainment shared that things are still being talked over with her. However, fans continue to fear that Daisy will also not be returning to the team either — especially after a controversial update about Daisy’s well-being by Daisy’s mother on social media.

Upon sharing this announcement, MLD Entertainment asked for the fans’ understanding of the situation and requested that no more speculations be made about Yeonwoo, Taeha, Daisy, and the rest of MOMOLAND. 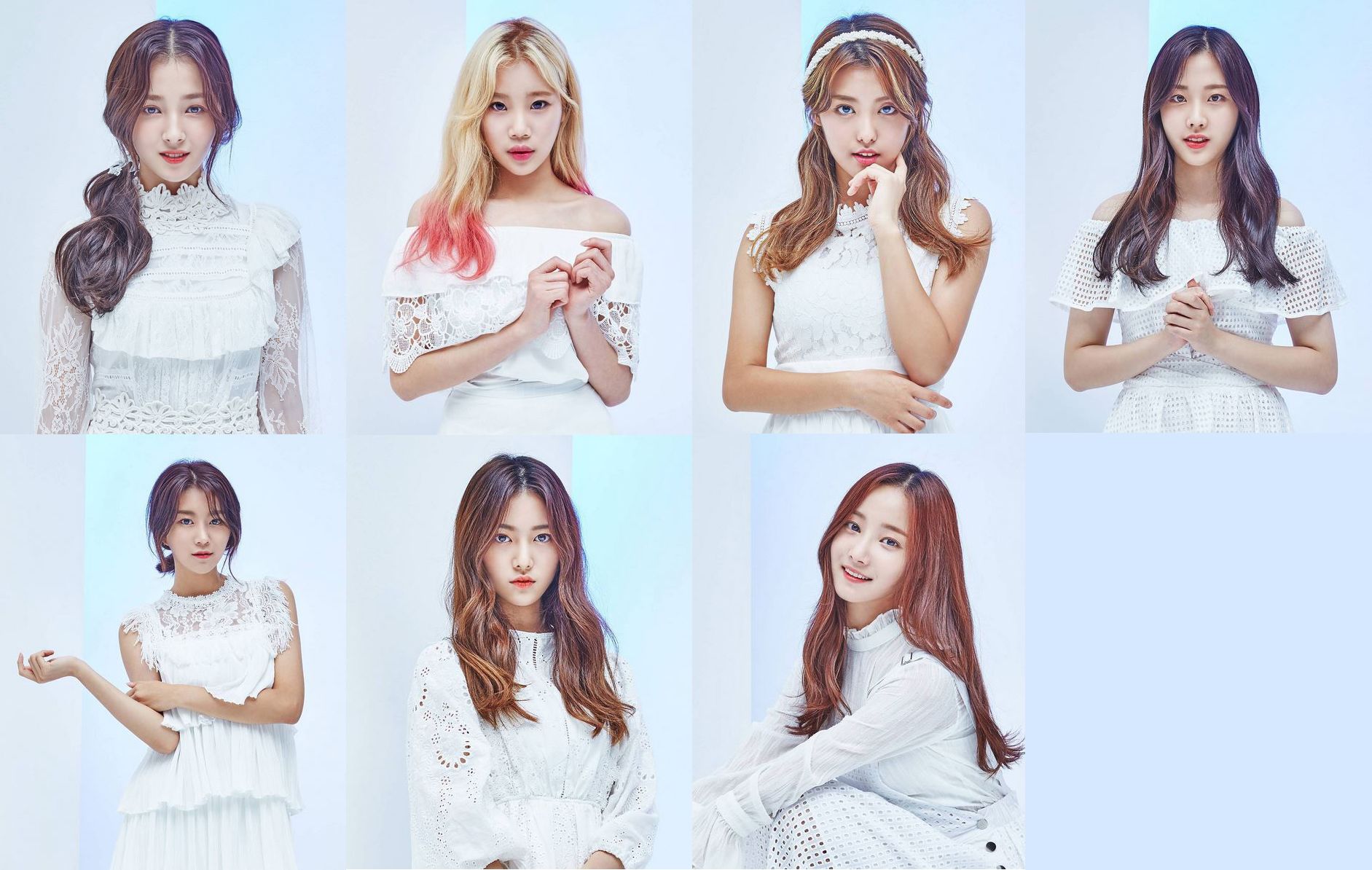