MOMOLAND‘s Jooe was rumored to be dating a non-celebrity boyfriend when she was seen walking the streets with a man. The netizens who spotted her claimed that she was on a date and that the man was not a celebrity. 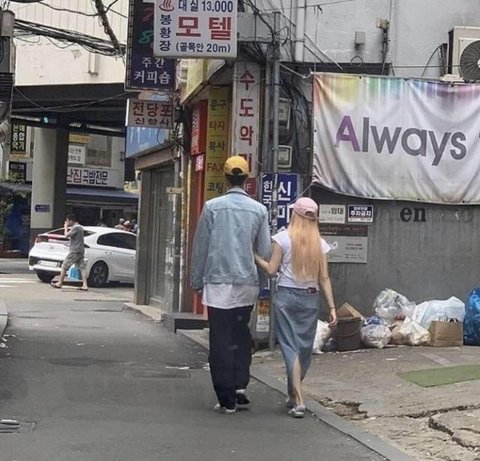 Jooe and her agency hadn’t responded to the post for nearly two days but have decided to finally explain the situation as the post continued to circulate online.

MLD Entertainment explained that the man was only a childhood friend of Jooe’s that she’s known for over a decade. They explained that she is not dating him.

We saw the posts on the online community site. It’s not true.

The man in the photo is a friend of Jooe’s that she’s known for over 10 years. He only tagged along when Jooe was going shopping for a new sound system.