Momoland‘s JooE recently uploaded a new photo of herself along with the caption, “What are you guys doing?” 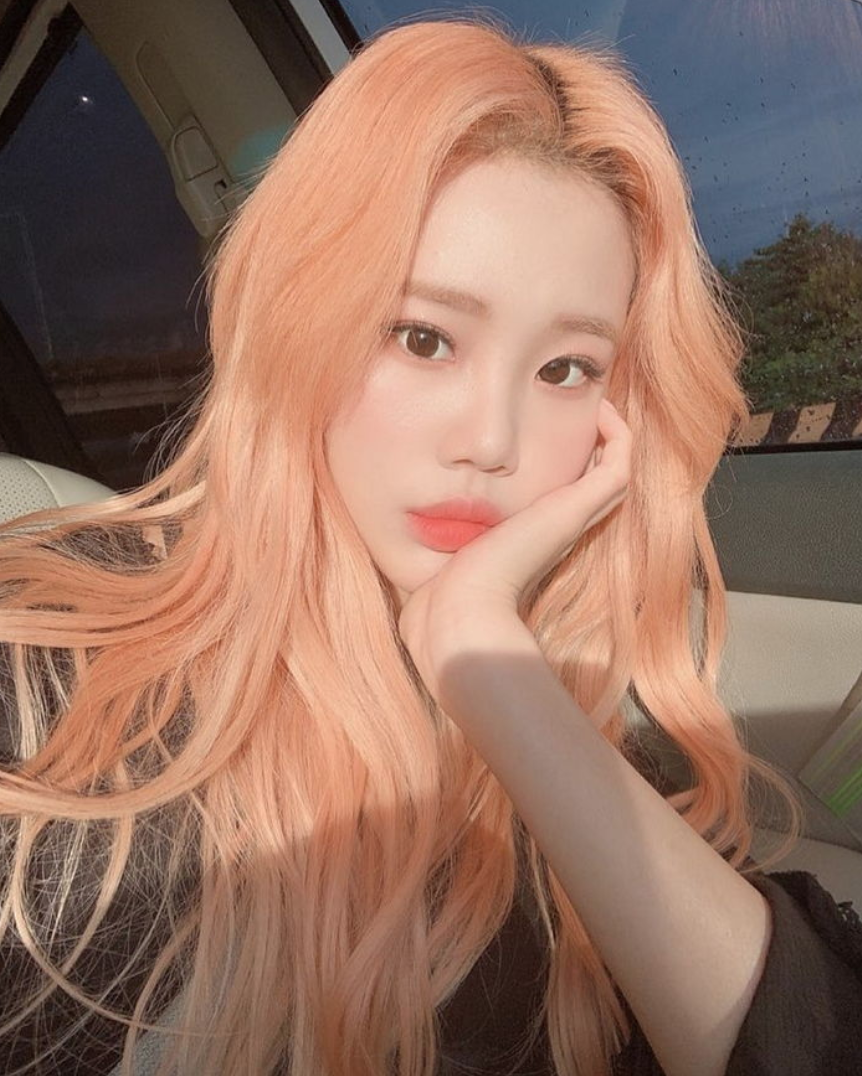 The photo shows JooE posing with bright orange hair, and she looks absolutely beautiful, to say the least. 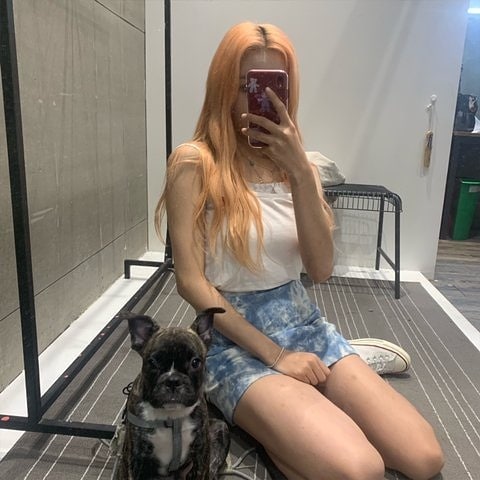 JooE recently underwent a diet that made her double eyelids more prominent and her features more defined. 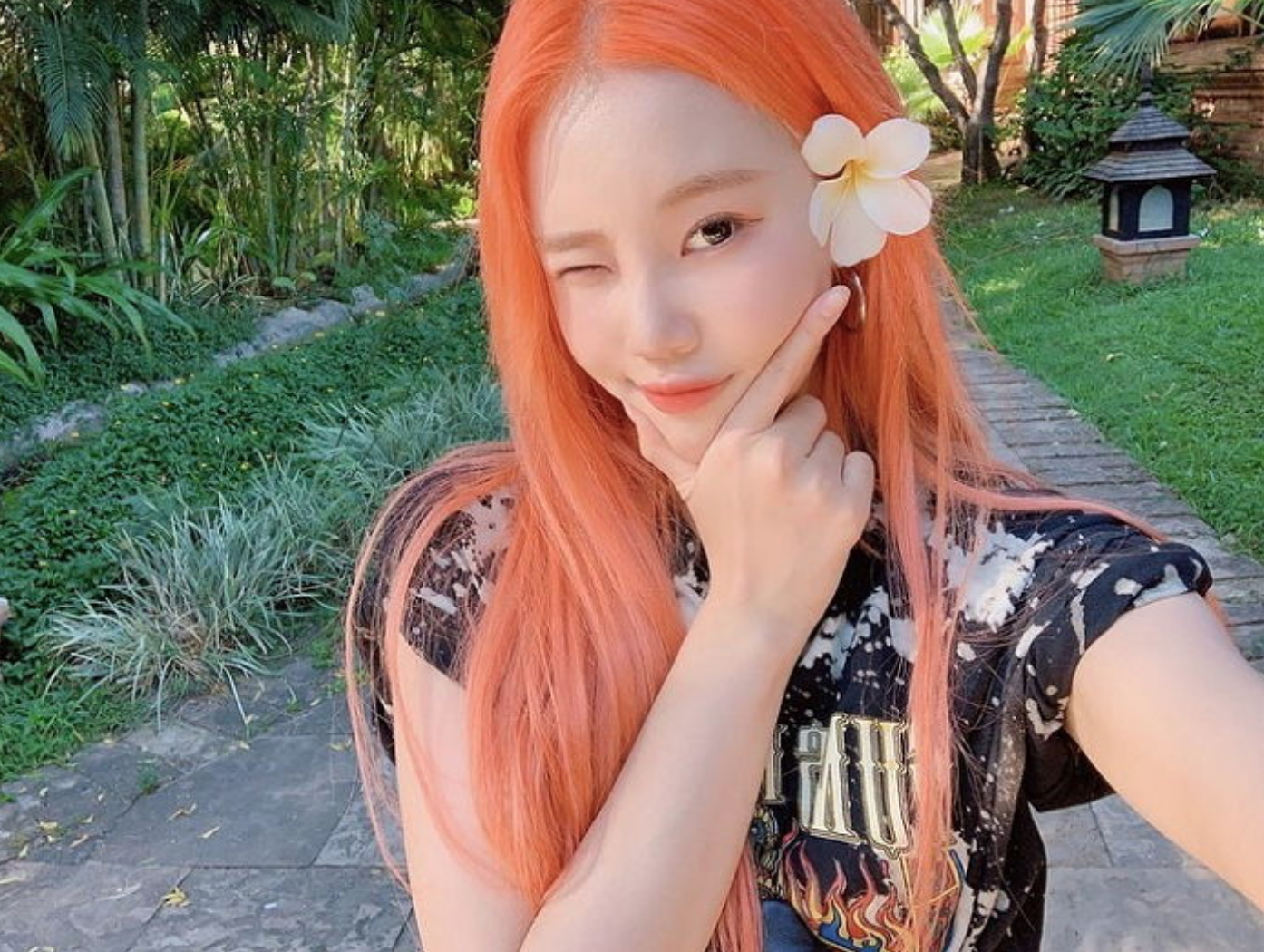 She was already stealing hearts with her cheerful charms, but with her upgraded visuals added on top, she’s been busy possessing the hearts of many more. 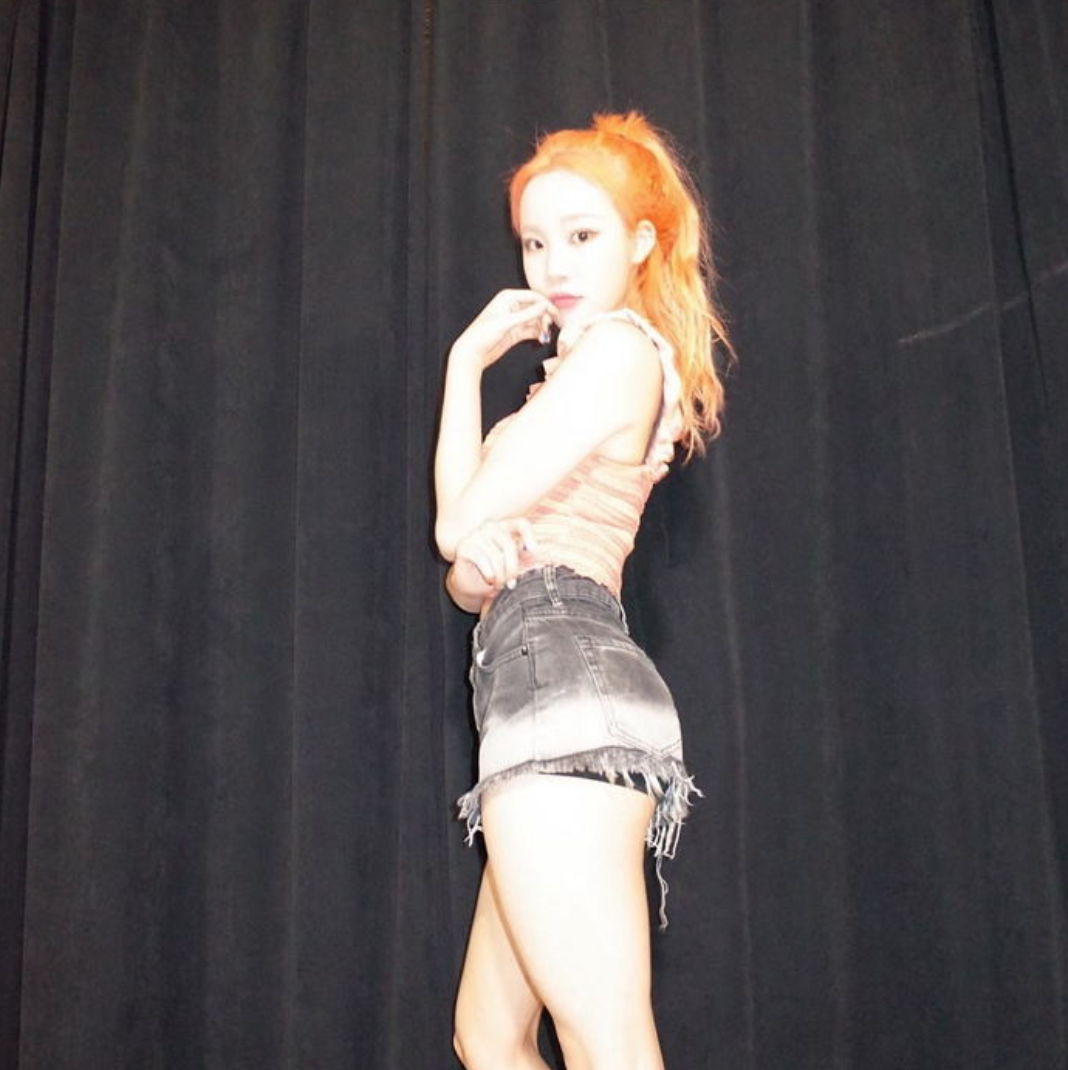 On top of that, JooE has also been flaunting her long legs and an impressive waistline that resulted from her intense exercise. 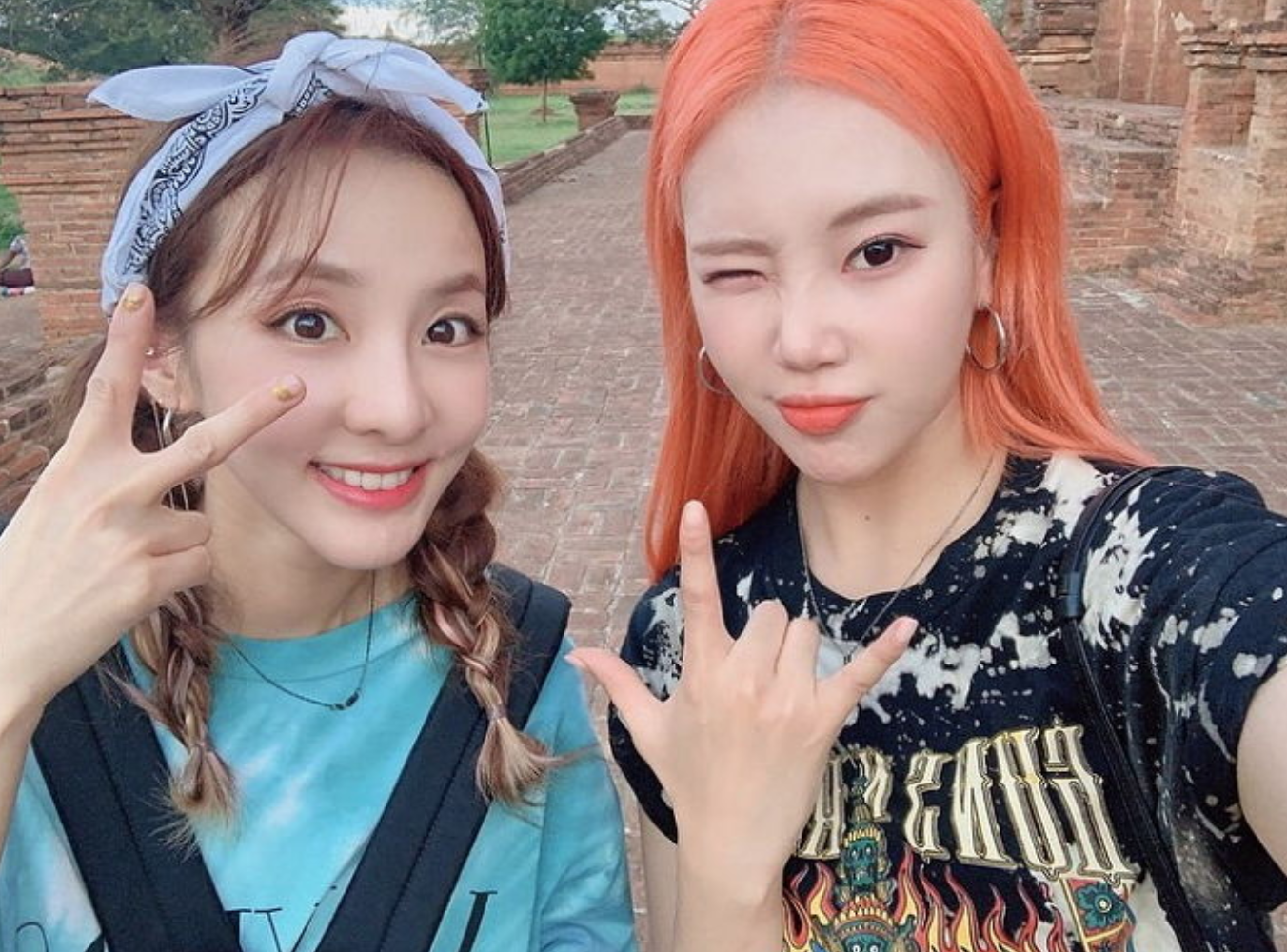 Fans are responding favorably to JooE’s update with comments such as “She’s so pretty these days“, “Her visuals are at its peak“, and “I love her hair color“. 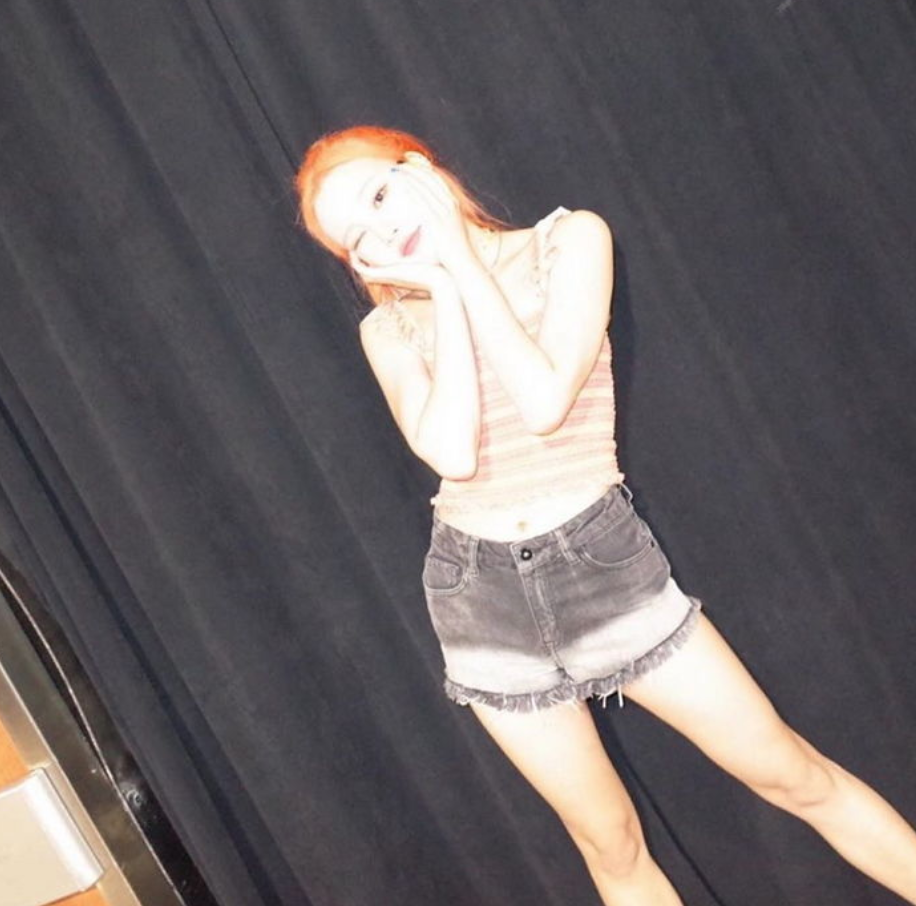 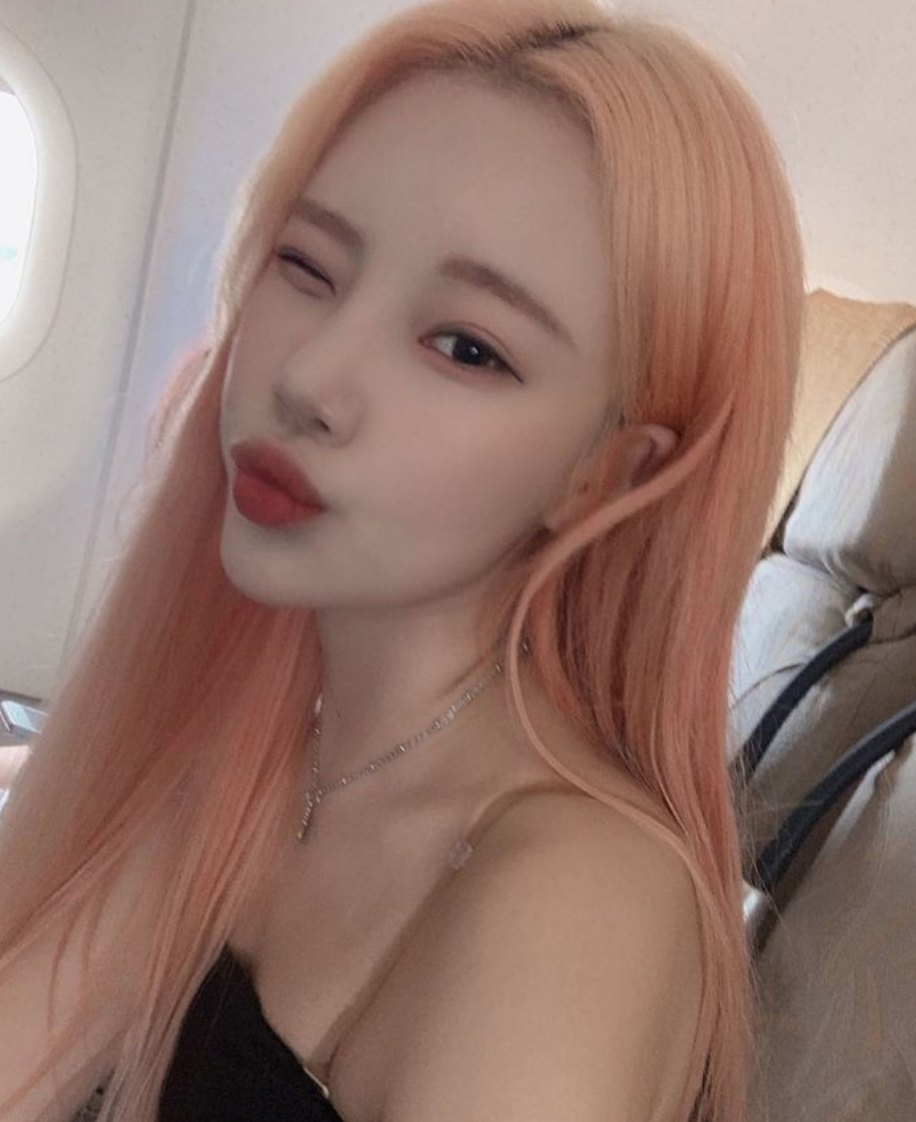 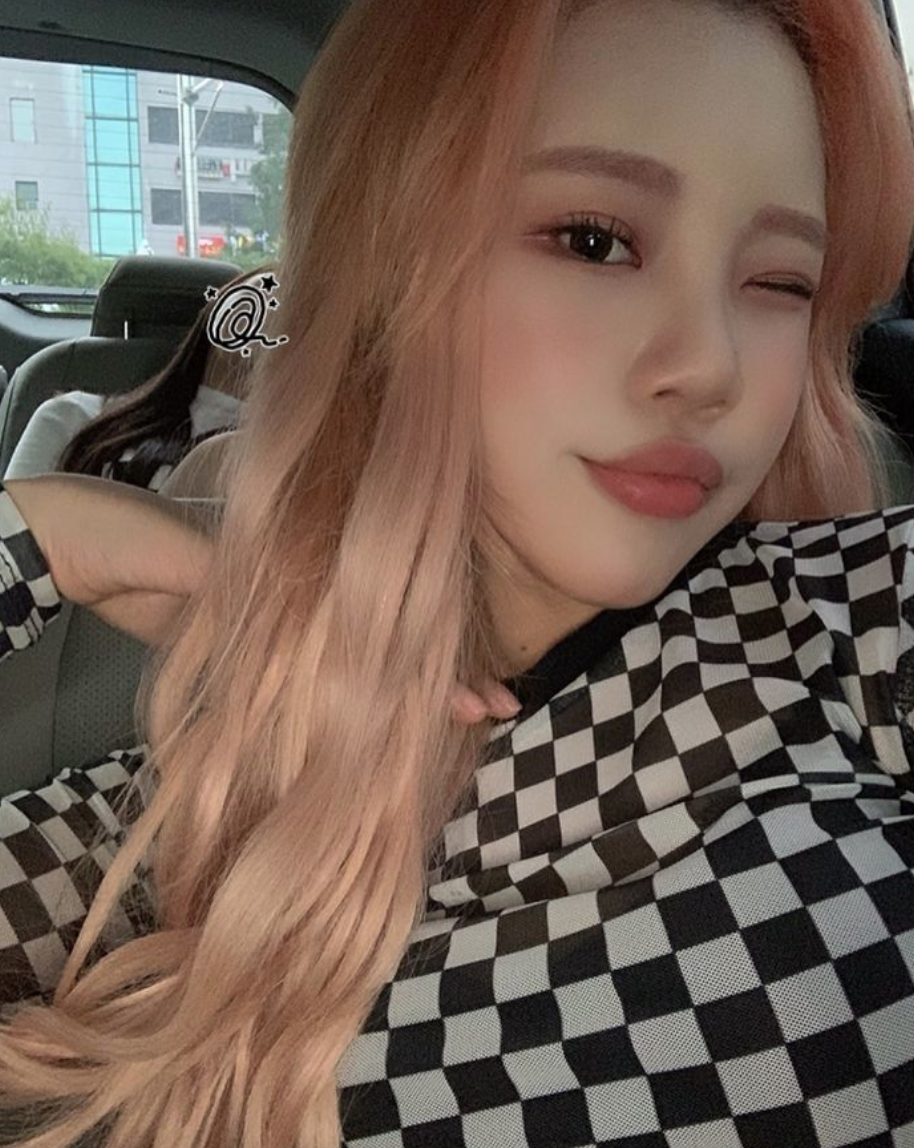