Analysts have concluded that more than 700 million KRW ($617,815 USD) was lost in relevant stocks due to the controversies surrounding K-Drama Joseon Exorcist. The drama was cancelled due to public outcry against its historical distortion. Not only was money lost in stocks, the team also lost huge amounts in production costs.

In particular, SBS (45,050 -0.44%) and YG Entertainment (21,850 +0.69%) stocks were the most affected. While SBS was in charge of Joseon Exorcist‘s broadcasting, YG Entertainment was a huge investor through their media investment subsidiary, YG Studio Flex. As of the Korea Exchange on March 28, 2021, YG Entertainment stocks fell 5.43% and SBS stocks fell by 5.24% during the period of March 22 to 26, the week where the issue broke out.

Although Joseon Exorcist only aired two episodes to date before cancellation, both episodes were highly criticized for inaccurate portrayals of history, from props to characterization. While the issue kicked off with the use of Chinese props in a Korean location setting, the matter expanded due to the sensitivities regarding the protection of Korean history and culture. The high tensions between China and Korea exacerbated the situation as the public and history experts began to weigh in on the subject. Joseon Exorcist had been 80% complete with the production by the time of controversy, leading to losses of about 320 million KRW ($282,429 USD) in production costs. 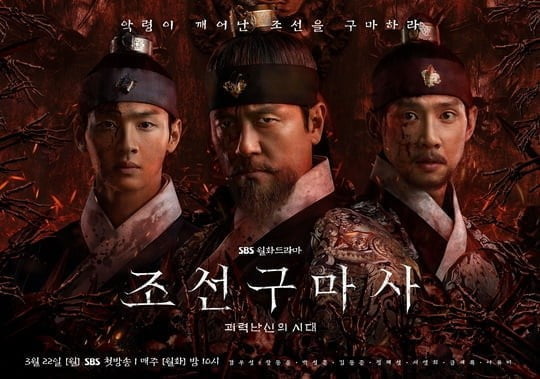 An expert analyst form Shinhan Finance and Investments, Hong Se Jong, commented that even if SBS does not air the remaining 14 episodes, the losses are maximised at 700 million KRW ($617,815 USD).

On the bright side, as many entertainment and production companies are targeting overseas viewers by riding on the Hallyu Wave, such relevant stock prices remain largely unaffected. Although the controversy may not have a huge impact outside of the domestic market for now, experts say that only time will tell.