On February 16, MONSTA X announced their 5th Monbebe fan-concert. This concert will be both offline and online: only official fanclub members will be able to purchase tickets to the offline event but tickets to the stream will be available to the public. 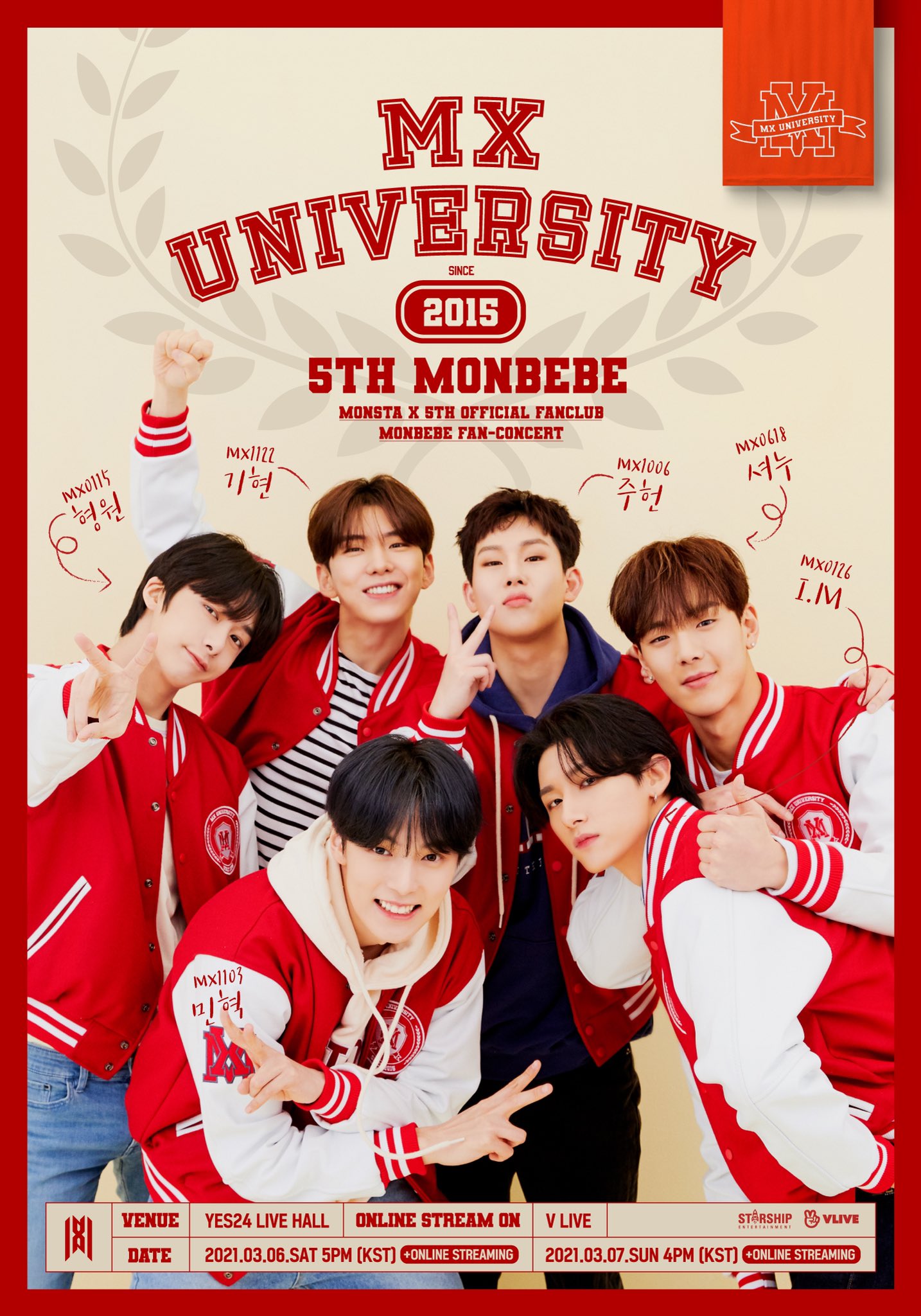 Their company, Starship Entertainment, clarified that they will be following government-sanctioned COVID-19 guidelines.

Offline tickets will go on sale on February 22 at 7PM KST and online tickets on February 19 at 11AM KST. There are 4 online ticket options, including one limited to official fanclub members. Tickets can be purchased through Yes24 or VLive. More ticket and merchandise options will be released in a second round of sales which has yet to be announced.

This will also be the group’s first time performing a solo concert in-person in over a year. Hopefully both the band and the fans will have a safe and enjoyable experience!