MONSTA X can go from comedians to fierce performers in the blink of an eye. When I.M tapped into his softer side by delivering a tearful message to the members, Hyungwon cried along with him.

When MMTG‘s Jae Jae researched the group, she came across a clip of I.M crying and didn’t hesitate to do an impression of the moment, cracking MONSTA X up. She imitated the maknae and said, “I have real brothers now…”

The memory made I.M immediately jump out of his seat, along with Shownu, while Hyungwon hid his face. 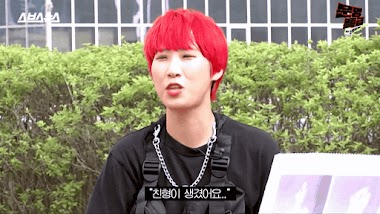 Hyungwon must’ve known what was coming because Jae Jae then said, “All of a sudden, Hyungwon cried along with him as well.” Joohoney laughed even more as Hyungwon continued to hide. 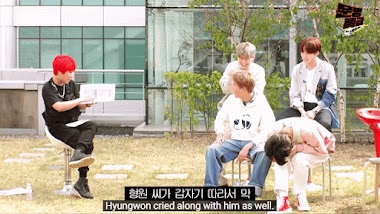 Not all of them could remember. While Kihyun said, “I still can remember that,” Minhyuk asked, “Did you cry after I.M said that?” Hyungwon then revealed what had touched him so much about I.M’s speech back then. 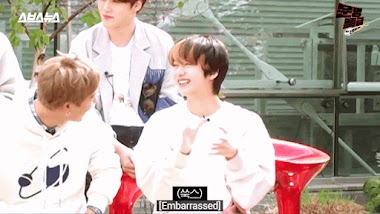 The fact that I.M felt strongly enough to shed tears and open up about their connection was enough to cue the waterworks for Hyungwon.

Well, I.M doesn’t really cry often, but he was sobbing. To be honest, it’s not easy to say that others are like your real older brothers. He said that he now has real brothers with him, and I was touched. 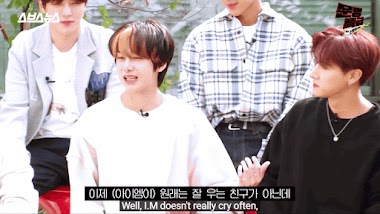 Hyungwon wasn’t the only one who was moved by I.M’s words. Shownu agreed by saying, “It is touching.”

Even though they were emotional at the time, at least they could look back on the memory fondly and poke fun at it.

MONSTA X truly is a family. See the group laugh about the sweet moment they all were touched by, along with the actual moment here.