Gaon Chart has revealed its chart rankings for the week of October 21 to 27!

New releases dominated this week’s physical album chart, with MONSTA X’s second studio album “Take.1.: Are You There?” debuting at No. 1. Stray Kids’ “I am YOU” and Golden Child’s “Wish” also debuted at No. 2 and No. 3 respectively.

NCT 127 took No. 4 for the week with their first studio album “NCT #127 Regular-Irregular,” while BTS’s “Love Yourself: Answer,” which officially received Gaon Chart’s first double-million certification last month, charted at No. 5. 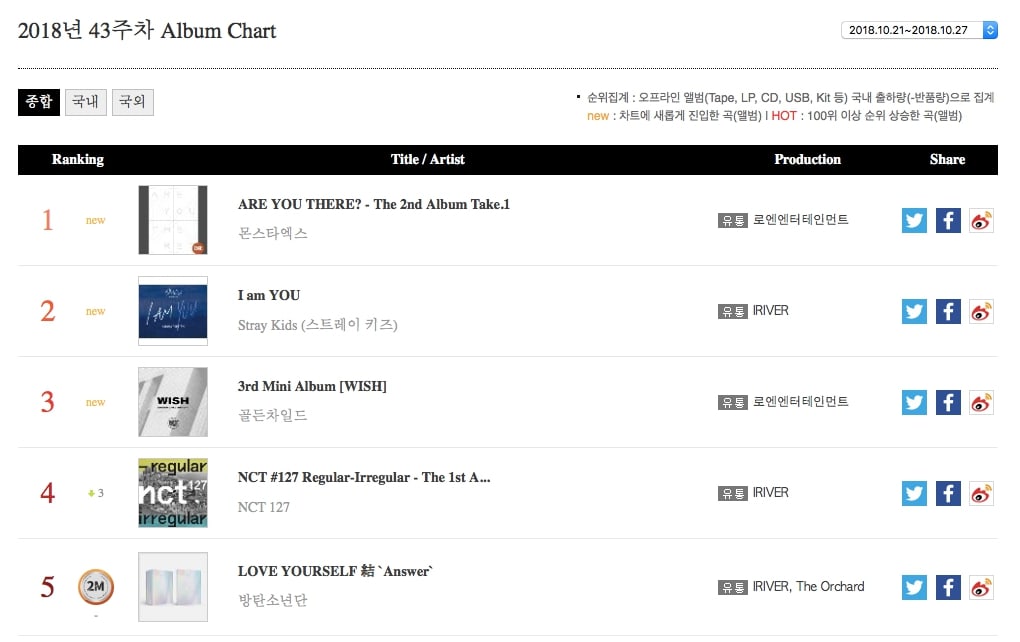 IU completely swept the digital charts this week, topping the overall digital chart, the download chart, and the streaming chart with her latest hit “BBIBBI.”

The same five songs topped the overall digital chart and streaming chart this week: IU’s “BBIBBI” took No. 1 on both charts, followed by Yang Da Il’s “Sorry” at No. 2, Vibe’s “Fall in Fall” at No. 3, Zion.T’s “Hello Tutorial” featuring Red Velvet’s Seulgi at No. 4, and Im Chang Jung’s “There Has Never Been A Day I Haven’t Loved You” at No. 5. 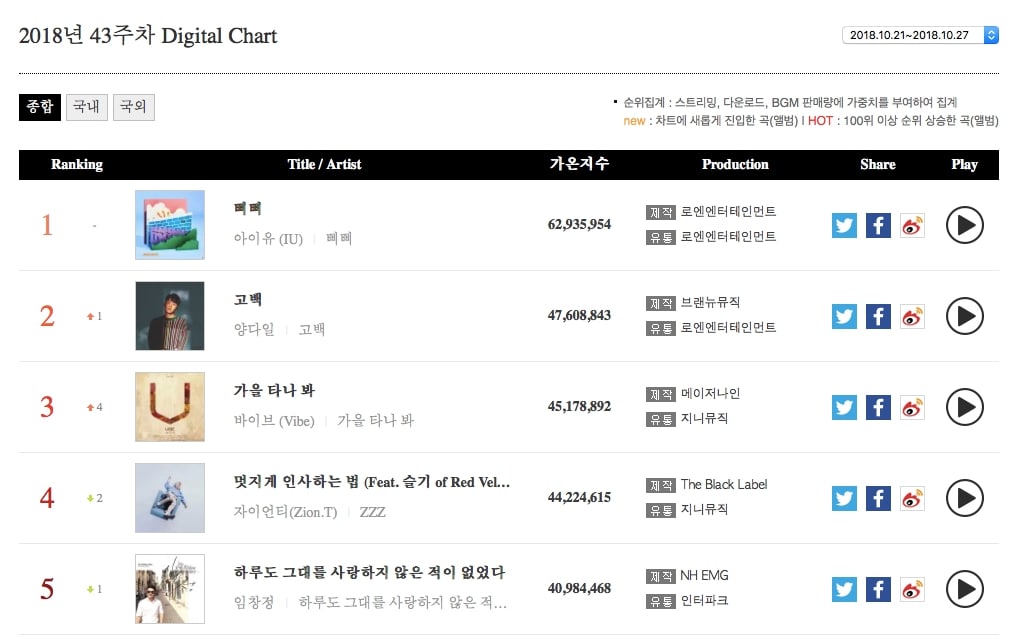 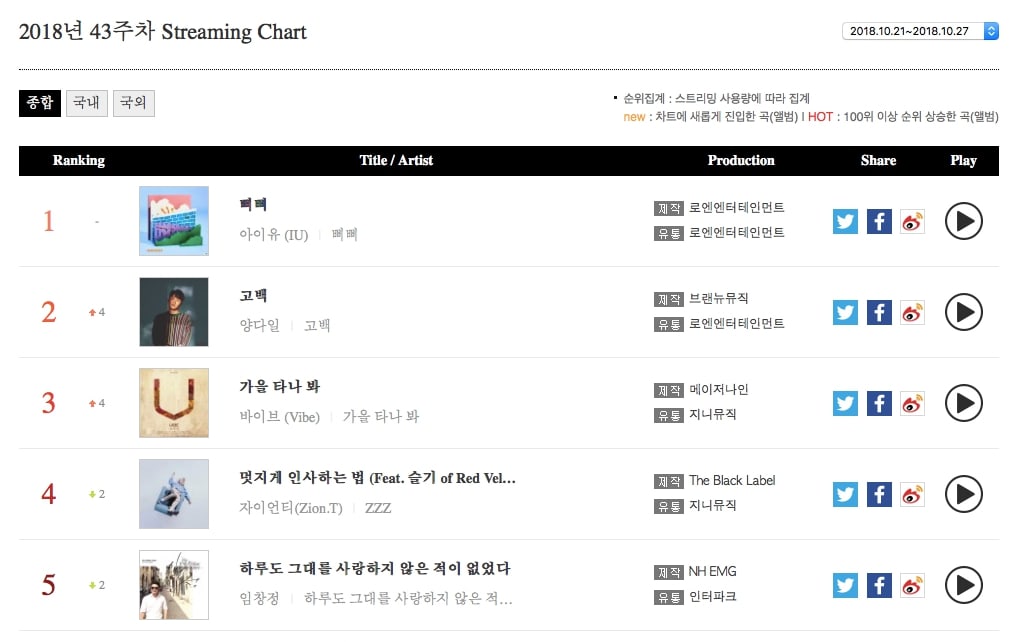 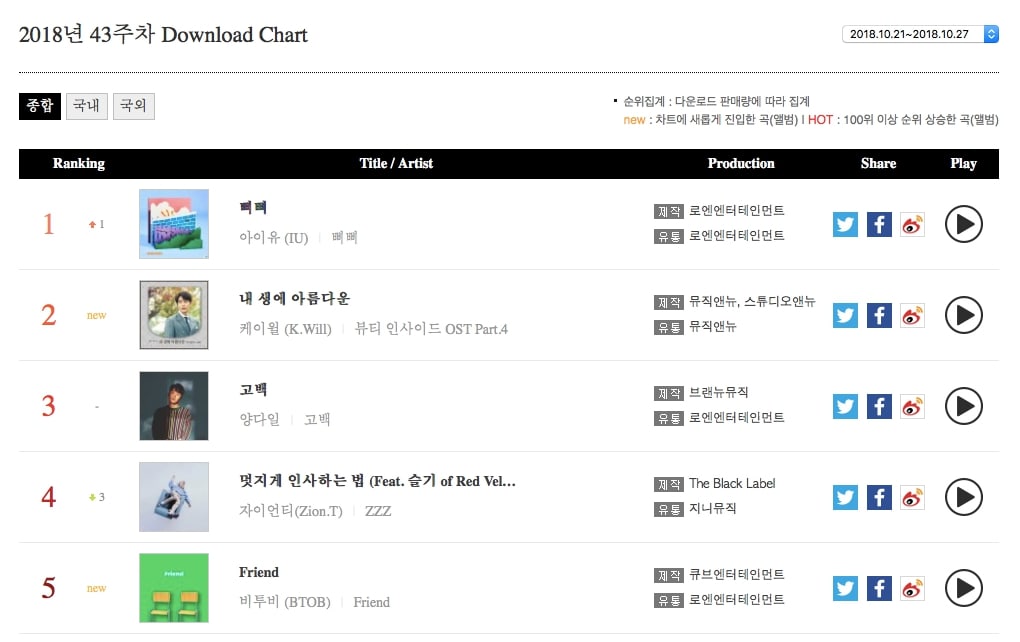 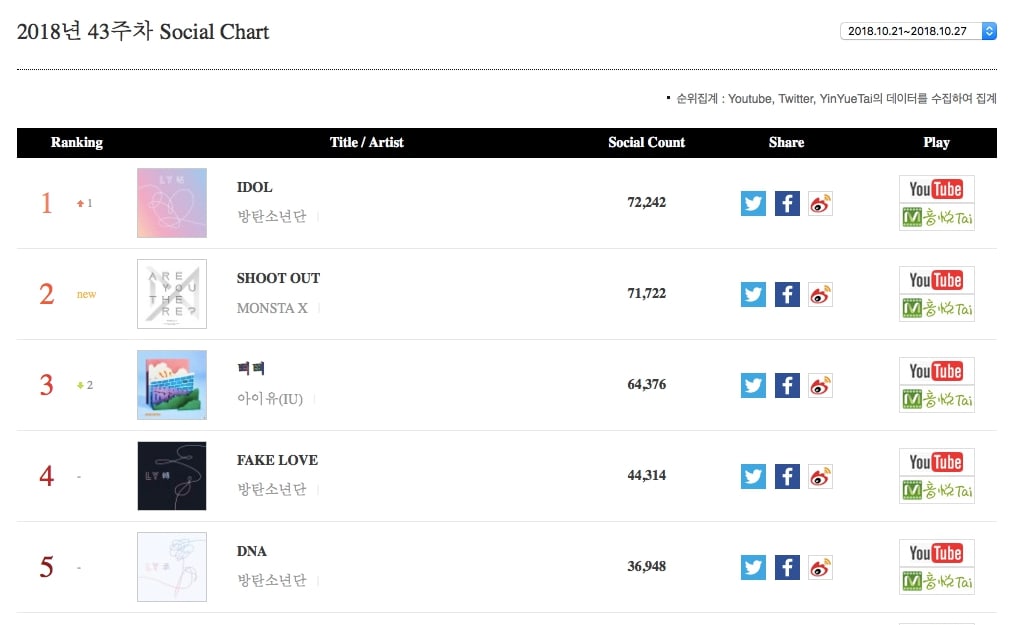