MONSTA X‘s Kihyun and Minhyuk appeared as guest hosts for an episode of Weekly Idol alongside Kwanghee.

Since the stars of the episode were the rookie group ONEUS, they looked back on the mishaps from their debut stage “Valkyrie”. After Leedo recalled his jacket getting stuck on his shoulders during a performance, that sparked a memory for Kihyun.

Minhyuk had once done the opposite, “Minhyuk had a [move] pretending to take off his jacket, and he just took it off.” 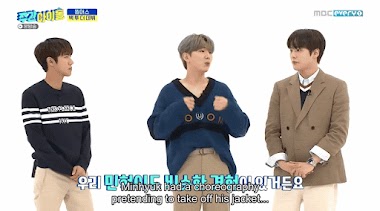 With their mouths dropped open and shock on their faces, Kwanghee and the members of ONEUS wanted to hear more details. Minhyuk ended up telling the whole story of what went wrong, “Actually, I didn’t want to talk about me since today is ONEUS’s day…” 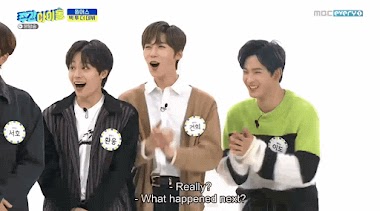 The incident happened when MONSTA X had been nominated for number one during a music show. While it was embarrassing all on its own, it was even more so because of the timing, “We…performed last. All the other singers were looking at us.” 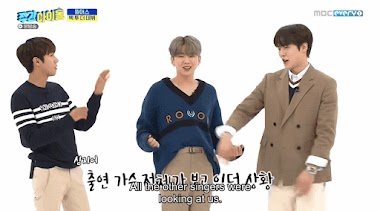 Minhyuk was performing as energetically as usual when things went wrong while pretending to take off his jacket. It was his shirt that ripped open, “I was really embarrassed.” Demonstrating it with his hands, Kihyun revealed, “The buttons came off all of a sudden.” 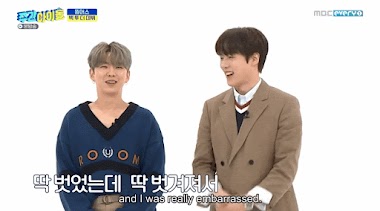 Neither Kihyun nor Minhyuk had been telling a lie. During their “Alligator” performance for Mnet‘s MCountdown, Minhyuk was nearly shirtless from the pretend pulling off of his jacket. 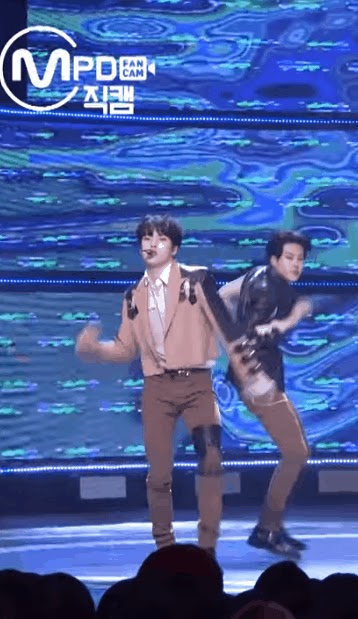 Nonetheless, Minhyuk took care of the unexpected like a total professional. He buttoned up his shirt and continued the performance. 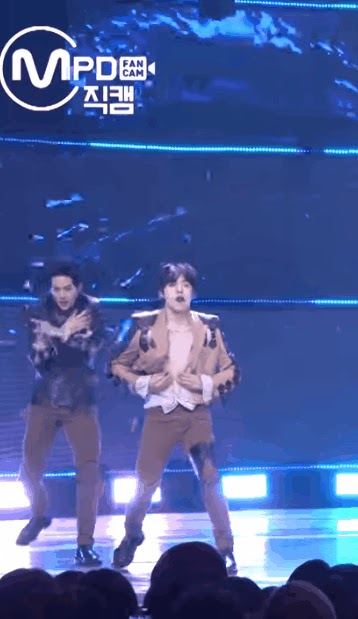 These incidents can happen to any idol, rookies or seniors. Listen to Minhyuk recall the embarrassing wardrobe malfunction from last year here.