MONSTA X have topped the Billboard Japan Hot Albums chart for the week of May 12!

Their latest Japanese album, Flavors of love, was released on May 5 and consisted of 11 songs: eight original Japanese songs and three Japanese versions of Korean title tracks. Music videos for the title track and the Japanese original “WANTED” were released prior to the album drop.

The Billboard Japan Hot Albums chart tracks physical and digital sales as well as the number of times a CD was ripped to a computer. During its first eligible week for tracking, Flavors of love’s tally accumulated to 20k copies, earning them the top spot on the chart!

Flavors of love was also the only album to make its debut in the top 10 Hot Albums this week, all of the other albums having appeared on the chart previously.

Flavors of love is MONSTA X’s 3rd Japanese [full length] album, their first [release] in about 1 year and 9 months since the previous album Phenomenon released in August 2019. CD sales reached the top with 20,312 copies sold this week. The point of the CD sales index drove a lot and won the top spot0 of the overall album chart. This album is the only one which made its Top 10 debut this week. 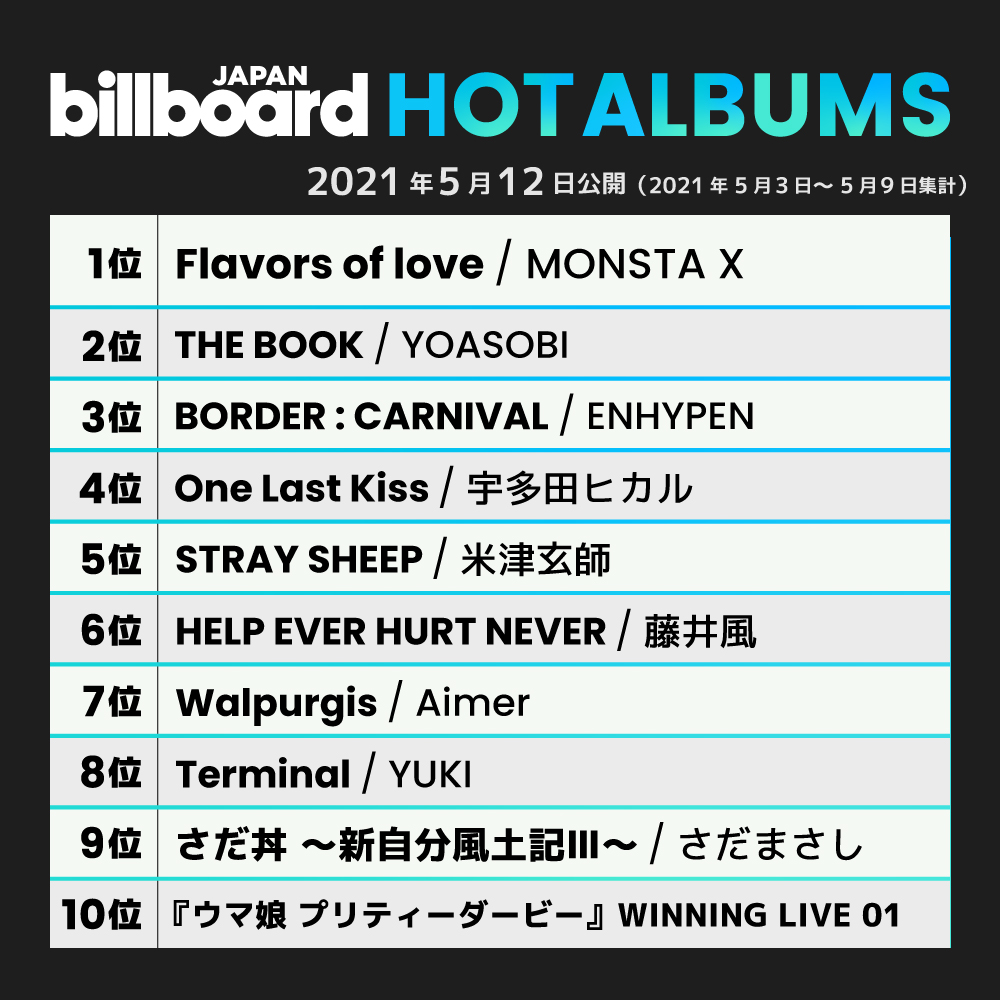 They’ve worked hard for this achievement!

You can watch the music video for the title track, “Flavors of love,” below.