MONSTA X’s Jooheon spoke about his passion-fueled efforts before his debut.

A mother of a middle schooler appeared on the show to share her concerns about her son who likes cars and doesn’t study. She said, “My son brings home car parts. He goes to car dealerships as outings. When we’re on the road and he sees a car that he wants, he has to take a photo. If he doesn’t get a photo, I have to make a U-turn.”

She continued, “You know how kids start drawing when they’re young? That’s when he started drawing cars. When he was in fourth grade, I guess someone thought that it was fascinating. [A neighbor] reported it to SBS’s ‘What on Earth!’ I didn’t think it was serious then and thought that he’d stop. But it continued all throughout middle school, and I’m [concerned].”

After listening, guest Jeon Mi Ra commented, “From the perspective of someone raising a child, I think I’d be happy if my child chose or found their path or something they’re passionate about early on.” The celebrity hosts of the show who have children also agreed with this sentiment. The mom replied, “But he’s leaning too much towards one side. A student needs to have a certain amount of foundation of education.”

Speaking from personal experience, Jooheon said, “I think that liking something and being into something is really great. I wanted to work in this field, but my mom wanted me to become a lawyer, a doctor, or a prosecutor. I kept listening to music, learned how to dance, rapped, and got to where I am now.” 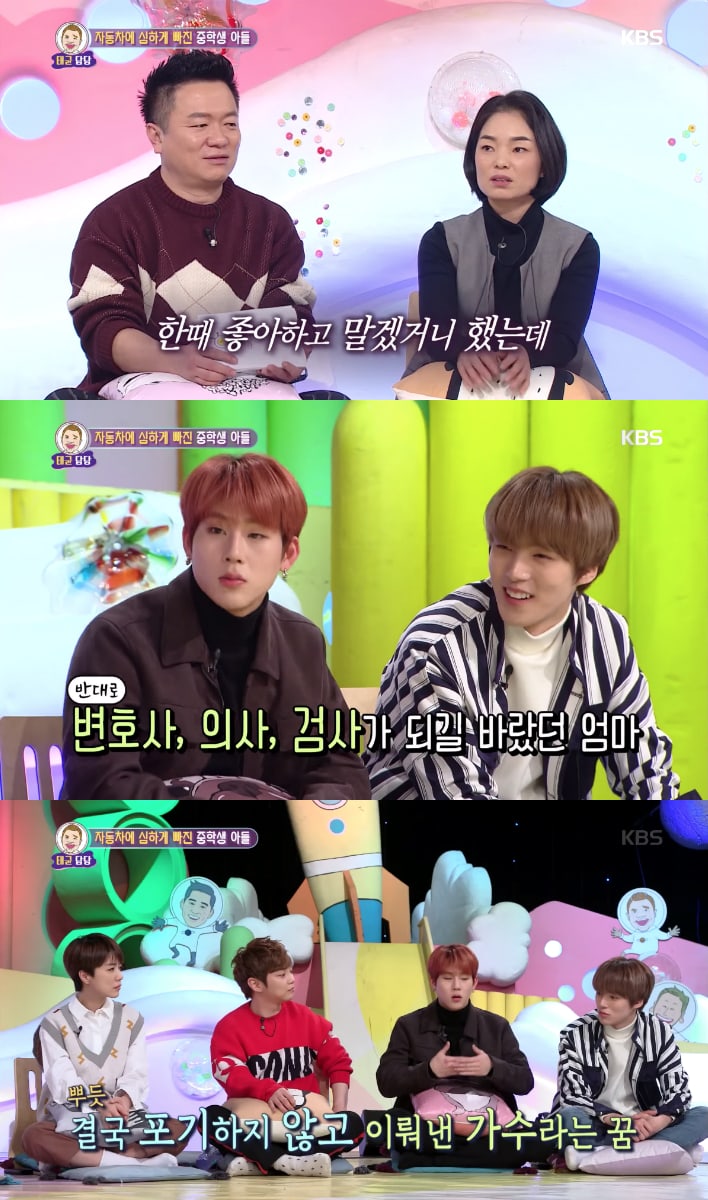 MONSTA X will make a comeback with their second album “Take.2: We Are Here” on February 18. Check out the teasers here!