MONSTA X’s Joohoney Explains Why He Wants To Quit Aegyo

He explained on the February 20 broadcast of MBC every1’s “Weekly Idol,” saying, “On stage, I want to be charismatic, but Monbebes keep saying I’m adorable no matter what I do, which makes me think I need to quit aegyo.”

“I did aegyo at first because people said I was too scary,” said Joohoney, “But now, I think I’ve come too far. People still ask me to do aegyo, but through ‘Weekly Idol,’ I’m going to end it.” 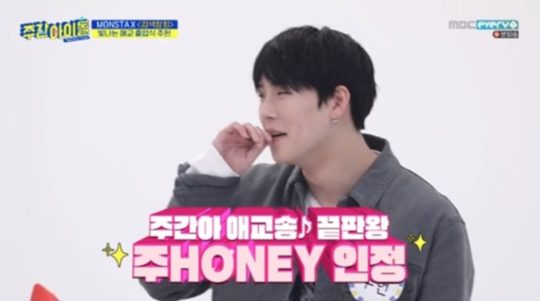 In a final hurrah, or graduation of sorts, Joohoney performed an aegyo song, to which MC Jo Se Ho yelled, “Don’t go!” Wonho followed up Joohoney’s performance with an ab version of the song, after which he chose Kihyun, and Kihyun chose Shownu, for a bona fide MONSTA X aegyo parade. 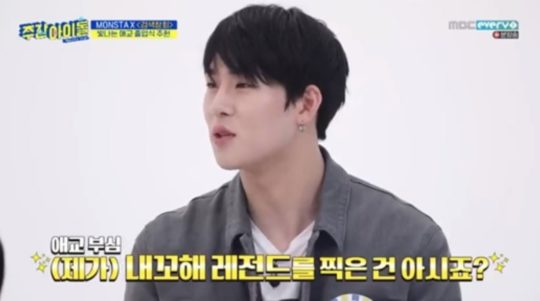 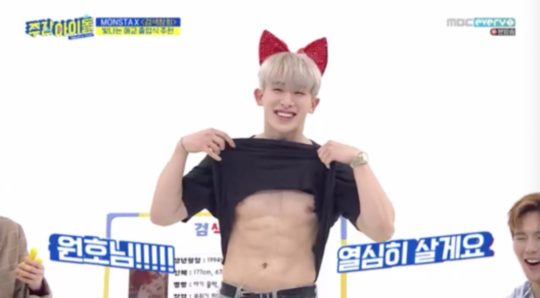 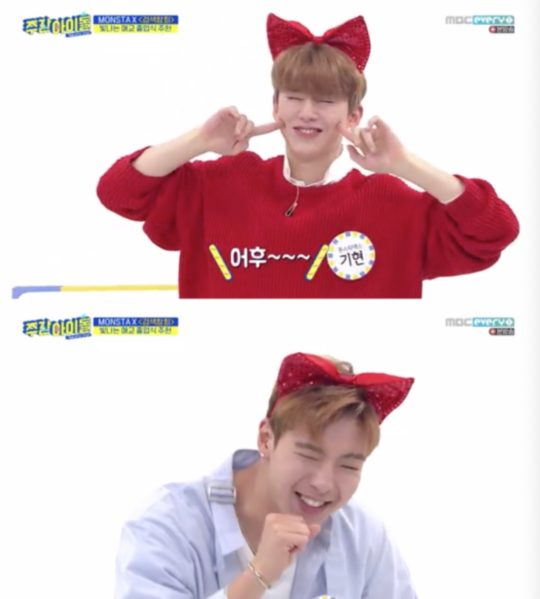