During the show, the group discussed their recent mini album “The Connect,” and first place promises. They also shared stories from filming the music video for their title track “Jealousy.”

When the other members named Kihyun at the best at acting cool during this music video, he revealed, “While I was trying to act cool, an accident almost occurred. It was a scene where I’m burning a piece of paper, and I didn’t see the tiny candle below me. The lower part of me felt hot so I looked, and my clothes had caught on fire. Thankfully, I didn’t get hurt.” 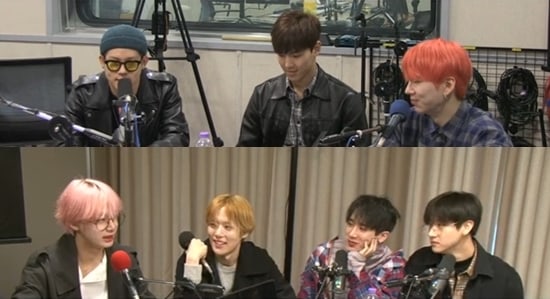 MONSTA X also commented how Hyungwon looked the best. The members explained, “In the music video, Hyungwon played the role of an absolute power who brings all the members together. There was not a single moment where he didn’t look cool. His existence in and of itself is cool.”

In response, Hyungwon commented, “I think it’s because I slept well since it was filmed at night, and my face wasn’t swollen while filming.”

MONSTA X will be continue their promotions with “Jealousy,” and perform on music shows for the first time this week.