In the final performance first round, Ghost Bride and Scrooge faced off against each other, singing Kim Hyun Chul’s “Christmas Eve.” 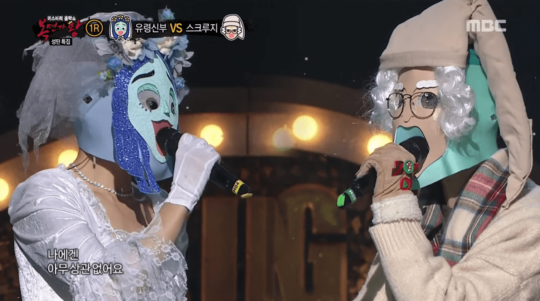 With Ghost Bride winning the round, Scrooge took off his mask and revealed himself to be SS501’s Park Jung Min. The panelists praised his voice as “Like a rocker,” “Like a ballad singer,” and “You can feel the warmth in his voice.” 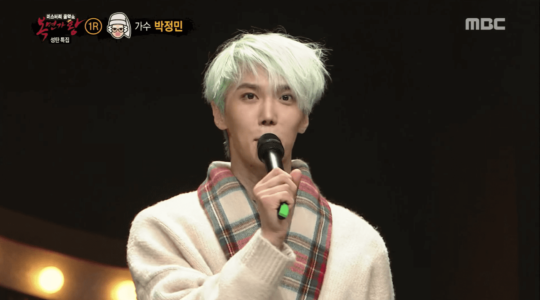 This was Park Jung Min’s first official appearance after his discharge from mandatory military service in July. He said, “I thought it would be best to greet everyone with music first so I decided to appear on ‘King of Masked Singer.’ When I was in the middle of promoting as an idol, looking cool was important, so I focused on my expression and dance and not as much on the song. I’m glad I could do so now.”

Park Jung Min is an actor and a solo singer in addition to his work with SS501, which debuted in 2005. He has often promoted in Japan and other countries abroad in recent years.

In a following interview, he talked about his mask, being recognized, and his return to Korean television. He joked, “The thing that made me most nervous was pretending to be a grandfather on stage. I was on standby from 9 a.m. and went on stage around 8:30 p.m. and I was spacing out and lost direction during the introduction.”

He also said, “It was a little awkward because this is my first time on Korean broadcast in a long time, but while I was preparing, my heart was racing as if I was a rookie again. In the past, there were five of us to depend on, but this time I was alone and worried, ‘Could I do better?’”

You can watch the latest episode of “King of Masked Singer” below: