TXT’s Soobin Had Jessi Falling For All Of His Charms

As the new host for KBS‘s Music Bank alongside Oh My Girl‘s Arin, TXT‘s Soobin is making his way into viewers and guests’ hearts. In the July 31 airing, Jessi was the next person to fall for his charms.

Making a comeback with her track “NUNU NANA”, Jessi was interviewed by Soobin and Arin for a segment of the show.

What fans couldn’t help but notice was how quickly Soobin and Jessi had hit it off. As soon as Soobin read a question from his cue card, Jessi was already laughing. Soobin couldn’t keep himself from laughing as well. 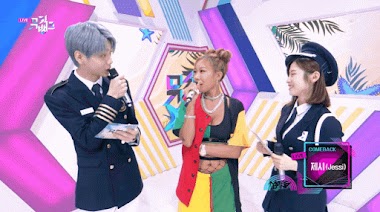 When Jessi showed the two the point dance for her track, Soobin and Arin gave it a try. Though they both weren’t confident, one of them stood out the most for doing it too adorably. 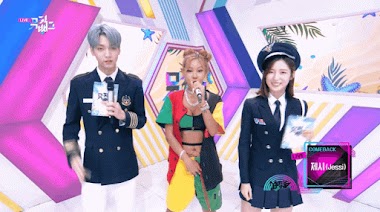 Soobin was so shy that it didn’t escape Jessi’s notice. Smiling, she gave him a tip to raise his arm higher for the next time. From her expression alone, everyone could tell that she wanted to put the adorable Soobin in her pocket. 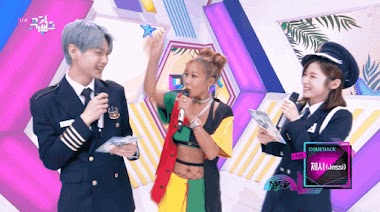 There was even a cute moment where she reminded herself to look away from him. Anyone could relate, especially fans. Soobin has been snatching up everyone’s heart without his unintentionally cute charms. 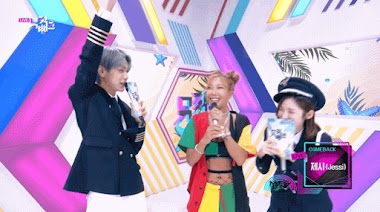 From artists like WOODZ and Jessi to all the viewers of the show, no one is safe from Soobin making his way into their hearts. Check out the cute interaction between them here.