Park Seo Joon has gained an adorable new partner as the brand model for Domino’s Pizza!

On November 15, Domino’s Pizza announced that Na Eun has been chosen as their new brand model and she will be joining him in future promotional activities. They shared a photo of the two sitting next to each other with the caption, “We reveal the smiling angel who will join Park Seo Joon”! 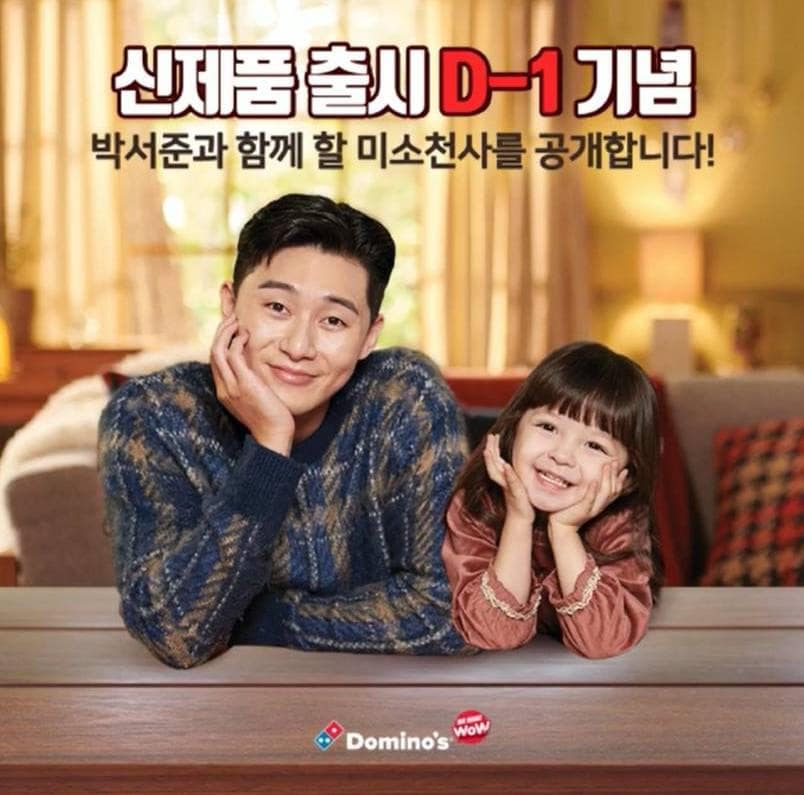 Na Eun is the daughter of professional soccer player Park Joo Ho and she has been stealing the hearts of many with her appearance on KBS’s “The Return of Superman.”

Domino’s Pizza will also be sharing videos of Park Seo Joon and Na Eun’s time together, and it is being said that the two shared a special bond as they filmed promotional material. Their commercial will also begin airing on television in Korea soon.

Are you loving this adorable new duo?

Catch up with Na Eun in the latest episode of “The Return of Superman” below!