Na Eun made unforgettable memories with her dad on KBS 2TV’s “The Return of Superman.”

On November 18, Na Eun’s dad Park Joo Ho listened as his wife and daughter spoke to each other in German over the phone.

After their conversation, Park Joo Ho said, “When you talk with your mom in German, I can’t understand it.” Na Eun then asked, “Dad, do you want me to teach you?” and began teaching her dad some simple words using flashcards.

When Na Eun quizzed him on the things she had just taught him, he couldn’t remember them. She sternly told him, “You need to know them!” 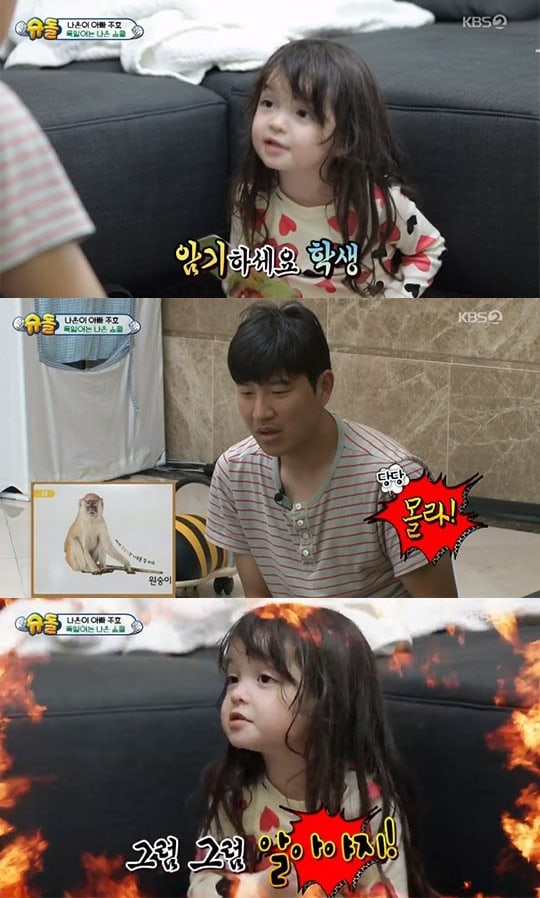 Na Eun then practiced for the ceremonial first kick she would have to do at her dad’s soccer match.

In order to give her courage, Park Joo Ho dressed up in a tiger costume. He told her, “Na Eun, I have a gift for you. It’s medicine that makes you be good at soccer. If you take this, you can get good at soccer.” In response, she asked if she could give the medicine to her dad and her younger brother Gun Hoo.

On the day of the soccer game, Na Eun became nervous before the ceremonial first kick. She ended up crying, but gathered courage and walked up to the field while holding the tiger mascot’s hand.

She successfully completed the ceremonial first kick and received applause from the audience. She then joined her grandfather, grandmother, and Gun Hoo in the stands to cheer on her dad.

On this day, Park Joo Ho’s team played against Lee Dong Gook’s team. The game ended in a tie with a score of two to two. Na Eun walked down to the field to see her dad and ran into his arms. She also worried about her dad who fell during the game and asked, “Are you okay?”

When she spotted Si An’s dad, she yelled, “Uncle!” and ran towards him. Holding her, he said, “You did a good job on the ceremonial first kick.” 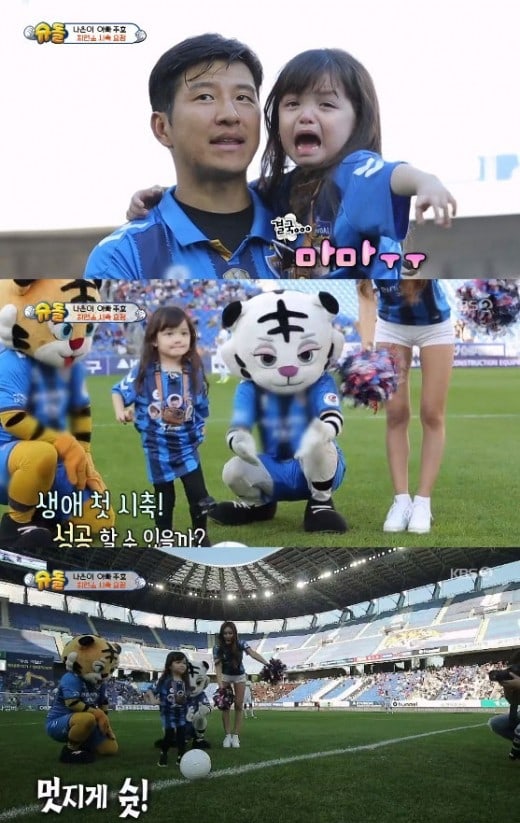 Watch an episode of “The Return of Superman” below!