On Gamsung Camping, Park Narae asked APINK‘s Naeun to cut an onion for her. Of course, Naeun does the tasks given, but what she does shocks everyone. Grabbing a knife and an onion, Naeun also grabbed a piece of bread. She then stuck the bread in her mouth and started cutting the onions. 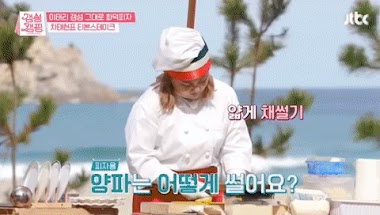 At first, Park Narae is only focusing on the onions and started to instruct Naeun to cut the onion differently. When Narae finally looks up at Naeun, she is startled: “what is this? Where did the bread come from?” 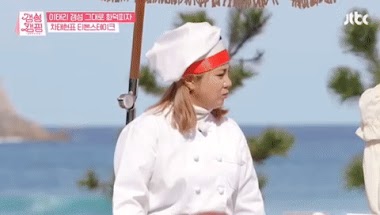 The rest of the cast looked over to see what Park Narae was talking about and they all figured Naeun was just eating bread because she was hungry. Turns out, it’s actually an interesting hack.

No, when you’re slicing onions, this is a method to keep your eyes from watering.

The rest of the cast found this amusing. Park Narae was questioning if that Naeun’s hack really worked and Naeun reassured her that she saw it on YouTube. 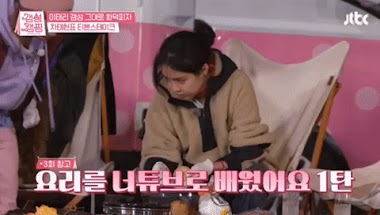 The scene cut to a previous episode of Naeun cutting a potato with tinfoil which also threw the cast members off guard. Once again Park Narae asked Naeun what she was doing to which she replied: “they said if you do it like this it cuts the potatoes well!” Park Narae asked who said that and Naeun answered “YouTube.” 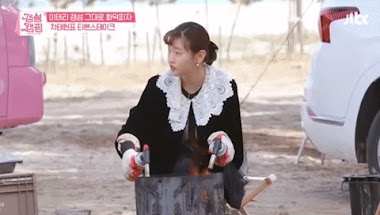 The cast was fascinated at Naeun’s hacks and promoted actress Park So Dam to ask if her eyes were not burning from the onions and Naeun reassured her they were fine. Everyone was impressed by Naeun and Park So Dam named it a “good tip.”