Nam Ji Hyun Talks About Success Of “100 Days My Prince,” How Her Role Was Different From Previous Works, And More

Nam Ji Hyun talked about why she thought “100 Days My Prince” was successful, compared her different rom-com characters, her regrets in her acting, and what she learnt from working on the drama.

The actress recently starred in tvN’s “100 Days My Prince,” where she played Hong Shim, the oldest unmarried woman in her village. Though she is a noblewoman, she loses her father and runs away from the capital to a little village. There, she begins a romance with the amnesiac crown prince Lee Yool (played by EXO’s D.O.).

“100 Days My Prince” quickly gained popularity, kicking off their premiere episode with 5 percent viewership ratings, peaking at 14.4 percent on their last episode. The drama became the fourth highest watched tvN drama ever.

On what changed since the drama, Nam Ji Hyun shared, “After the first episode, more people noticed me during my daily life. From older ladies in restaurant, to even the part-time workers at cafes, there were people from a variety of ages and genders.”

The drama initially hadn’t been one that many had anticipated. The subject was novel, and it had the handicap of airing on Mondays and Tuesdays. Some also believed that Nam Ji Hyun’s character had a similar image to her characters in “Shopping King Louie” and “Suspicious Partner.”

However, Nam Ji Hyun thought differently. She explained, “Though this project and all my other projects were romantic comedies, there’s a difference in the way that the romance unfolds. It’s because the personalities are different. ‘Shopping King Louie’ was modern and charming like a fairy tale, while ‘100 Days My Prince’ was a historic piece and realistic. If you keep this in mind, the characters look different.” 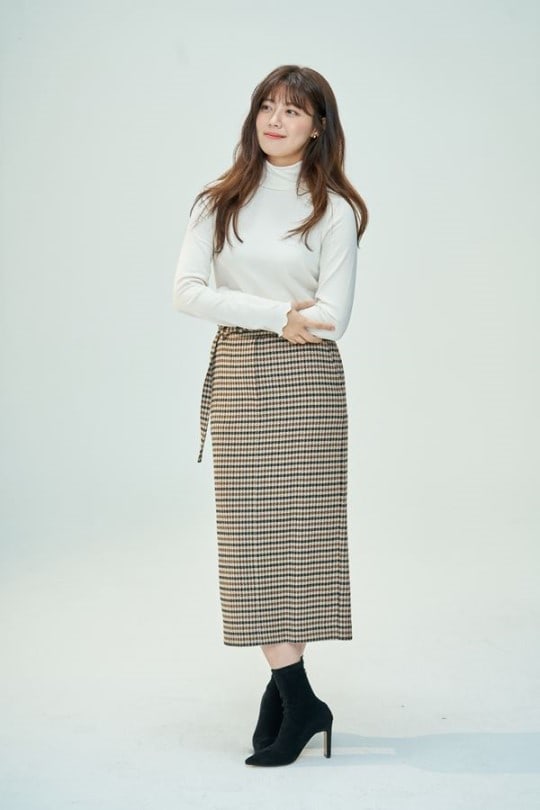 Nam Ji Hyun then talked about the success of the drama, and remarked, “It’s the result of everyone’s work. I think the fast pace of the plot also had a part.” She continued, “I thought, ‘Why do they enjoy [the drama]?’ I think it’s because the mood of the story continuously changed. In ‘100 Years My Prince,’ the central characters and the characters around them changed, making it difficult to keep your eyes off of it. I think the driving force was the curiosity of what would happen next.”

The actress added that she did have regrets on her acting. She commented, “I’m normally the type to monitor [the broadcasts] in real-time, and adjust my expressions or way of talking as I film. But this drama was pre-produced, so I wasn’t able to adjust as much. I saw more things that were lacking and poor in my acting. Thanks to the story, direction, and other actors, my errors didn’t affect the result.”

Nam Ji Hyun laughed and concluded by saying, ” Rather than having learnt something new, shall I say I keenly felt the things that I had known before? I realized that it’s important to do your best from your position. From the actors to the staff members, I felt that they did everything they could from their place. I think it’s something that will remain with me as something that’s important in my acting career.”