Jang Do Yeon and Nam Tae Hyun enjoyed a sweet day together on tvN’s “In-Laws in Practice.”

On November 30, the couple went on a date to the Han River and played a game of Jenga where they fulfilled each other’s wishes.

Jang Do Yeon became shy when Nam Tae Hyun became physically affectionate while playing the game. Nam Tae Hyun asked her “What’s my charm?” and she told him that he was cute. He then made her heart flutter by adding, “You’re cute too.”

Jang Do Yeon chose a block that said, “To what extent can I touch you?” Nam Tae Hyun replied, “Where do you want to touch me? I like being touched.” He added, “I’m okay with everything,” and made her shyly laugh. 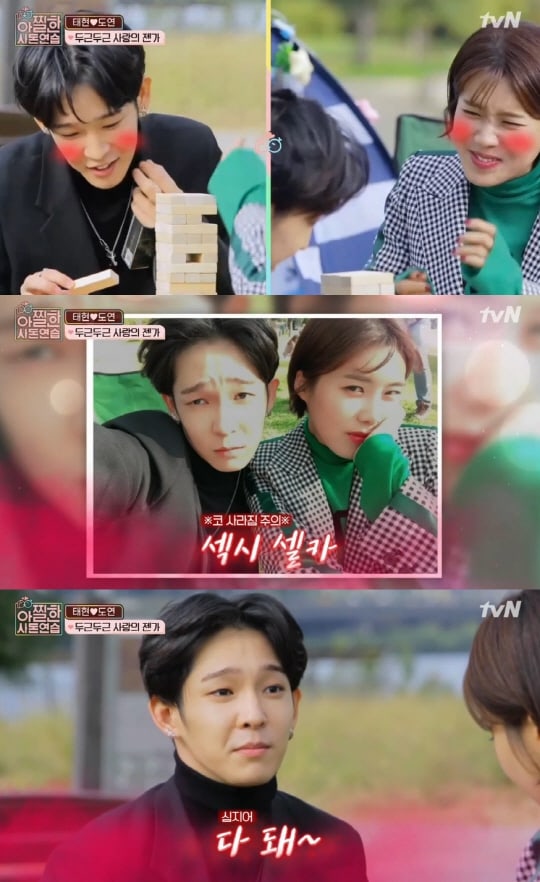 When another block said, “Seduce the other person in 20 seconds,” Nam Tae Hyun suddenly got up and hugged Jang Do Yeon from the back. She said, “You succeeded. I thought I put a hot pack on my back.” Expressing her happiness, she added, “I think I now know why people meet younger guys.”

The couple then went on a yacht where they watched the sunset and put on a concert. Jang Do Yeon said, “He rewrote the lyrics in a sensible way. I was amazed once again.” 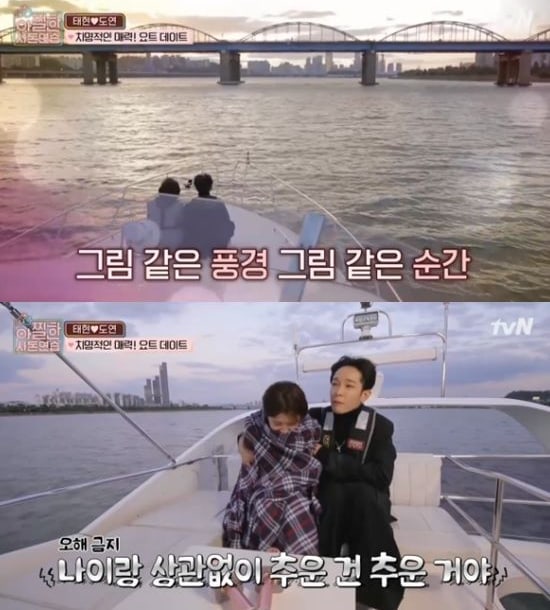