Namgoong Min showed some love for “Chief Kim” co-star 2PM’s Junho by praising his acting skills and talking about his desire to win the best couple award with him.

On April 12, Namgoong Min sat down for an interview to commemorate the successful conclusion of his drama “Chief Kim.”

During the interview, he shared some of his opinions on Junho’s acting. “Honestly, I was worried in the beginning because I had to act with people I had never even heard of, but I was really impressed by their acting. As for Junho, it was my first time seeing him act. I didn’t have any bad thoughts towards singer-turned-actors, but truthfully, I was a bit skeptical of them. However, Junho acted really well. I learned not to hold prejudice against people.”

When asked about his kiss scene with Junho, Namgoong Min responded, “I usually don’t like excessive ad-libs, but I do like ad-libs that add some seasoning to the script. The producing director kept telling me that my lips didn’t touch his cheek, so we filmed the kiss scene about three times. I really want to win the best couple award with him.” 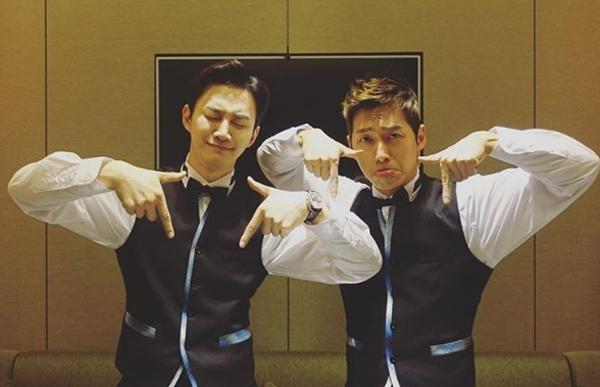 You can watch his bromance with Junho in “Chief Kim” exclusively on Viki!