Behind the scenes at the recent 2019 Soribada Awards, NCT 127 members played a little game at the waiting room while on stand by for the ceremony. The rule was simple; they played rock, paper, scissors and the loser got to treat everyone to coffee. 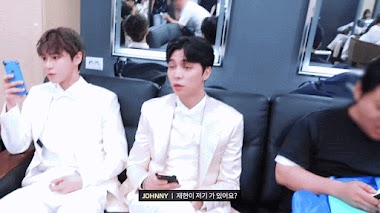 While Jaehyun was in the restroom, his fellow teammates began playing. To represent Jaehyun MIA, a manager stepped in to play on his behalf. 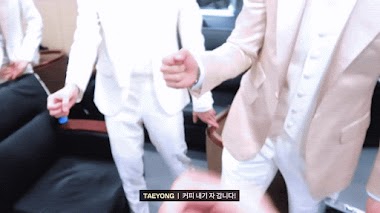 After a couple rounds of rock, paper, scissors… 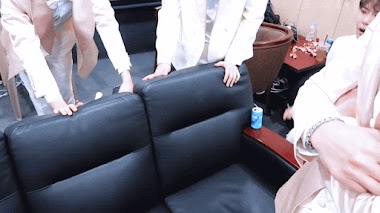 … it came down to Johnny versus the manager.

Eventually, the manager lost the final round as well and made Jaehyun responsible for buying everyone coffee! Of course, Jaehyun – who was in the restroom the whole time – had no idea what just hit him. 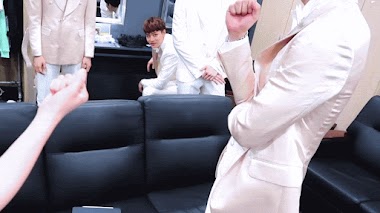 Taeyong excitedly went to find Jaehyun, as soon as it became clear that he owed everyone coffee. 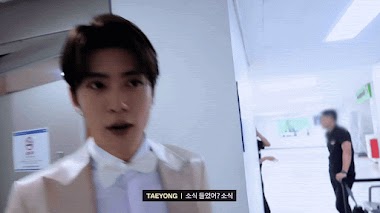 Have you heard about what happened yet…?

As Jaehyun walked back in the room, the manager suggested he got out his card. 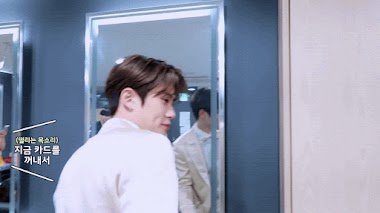 You should… probably get your card…

When Jaehyun heard about the rather unfortunate series of events, he playfully pretended to excuse himself out of the room! 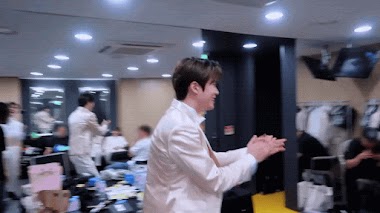 In the end, Jaehyun was a complete gentleman. He paid for everyone’s drinks and snacks with his own money. Thanks to the manager’s luck – or more like the lack of it, NCT 127 got to enjoy major nom-noms on Jaehyun! 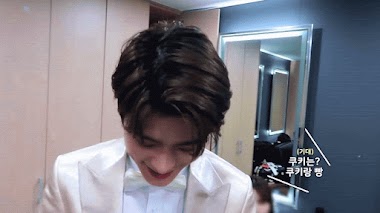 Everyone, enjoy! Here’s my personal card! Hope you like it!