As leader of NCT, Taeyong often finds himself in a “caretaker” position for his members, and NCT DREAM are no exception. Even though he rarely interacts with the group, it’s clear he has a soft spot for the them, given his recent “gift” to them.

In the behind the scenes footage for their “Hot Sauce” music video shoot, it was revealed that Taeyong had sent them a whole coffee truck to cheer them on! 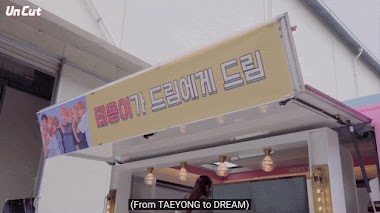 The truck was decked out with adorable photos and banners from their various comebacks, some even dating back to their “Chewing Gum” era! The members were touched by the gesture, and made sure to send photos to Taeyong and thank him. 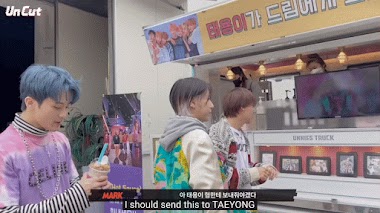 They even decided to give him a call, and Taeyong sweetly wished them good luck with their filming. 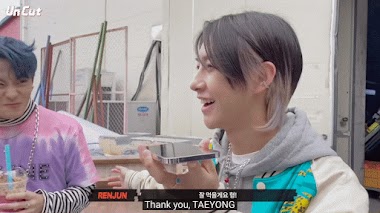 It’s clear how much Taeyong loves and supports NCT DREAM!