Turning into the baristas and pastry chefs of fans’ dreams, NCT Dream set up Cafe 7 Dream and welcomed NCT 127‘s coffee lovers Johnny and Jaehyun as their customers.

While they served looks and tasty treats, they also caused laughter with their special coffee that had Jaehyun ready to throw hands.

They had two coffee drinks as Cafe 7 Dream’s signature: Jaemin‘s version of an americano called Namericano and Jeno‘s classic take on a latte called Jeno Latte.

When Johnny tried the Namericano, he was struck speechless by the taste, turning away and pulling his mask back up. He then played it off and said, “Ah, it’s fine,” making them burst into laughter. Next up was Jaehyun. 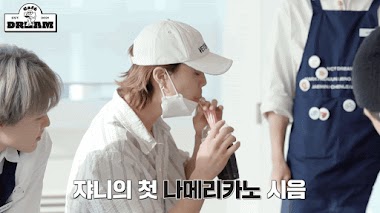 After seeing Johnny’s reaction, Jaehyun was immediately suspicious and noted that the coffee looked like “Jaemin’s style” of having tons of shots of espresso. Haechan was quick to reject the idea, “No.” 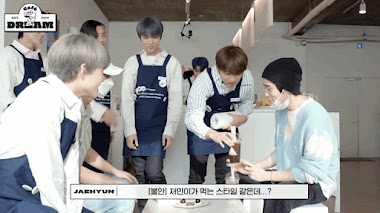 When Jaehyun took a sip of the Namericano, he was just as speechless as Johnny—except he stared at Haechan with a fiery look that made them all laugh. Jaehyun’s reaction became funnier when fans broke down how potent Jaemin’s coffee was. 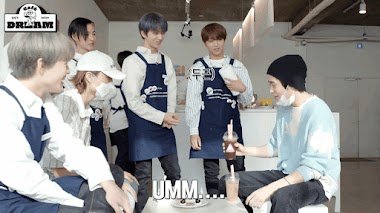 While Haechan pretended like it was only one or two shots and Johnny thought it was nine, NCTzens with knowledge of coffee realized that it had been about twelve to fourteen shots of espresso in Jaemin’s Namericano.