To prepare for the release of their first full-length album Hot Sauce, NCT DREAM held a meeting to recall some of their memories together and some fun behind-the-scenes moments.

Along the way, Mark revealed which two members always bicker with each other at every one of their meetings.

At the mention of spending hours on their group meetings, Mark pointed out how Haechan and Jisung always managed to liven it up. He said, “Also, you know, whenever we do this, Jisung and Haechan always fight, right?” 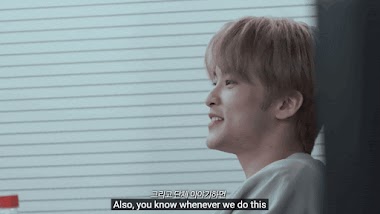 It was such an accurate statement that Haechan and Jeno couldn’t stop themselves from laughing, even while eating. 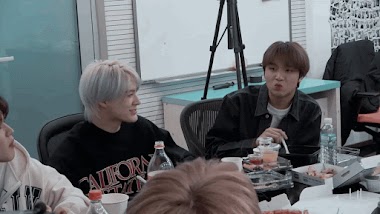 Mark imitated how the two fight, making Jisung and the rest of them smile and laugh more. He continued, “Then Haechan always goes, ‘Let me explain.’ ‘Don’t do that.’” 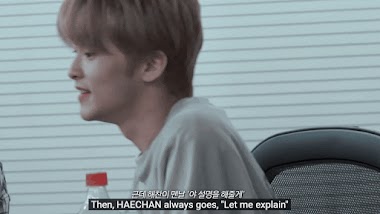 The fact that they bicker so often proves how comfortable and close they are. Just look at the sweet way Haechan looked at Jisung.

Watch Mark share how their group meetings wouldn’t be the same without some playful bickering from those two.