In episode 4 of “Haechan Radio,” NCT‘s Taeil, Mark, Haechan, and Sungchan discussed Instagram, and why Haechan doesn’t want to open his own account.

Out of the four members present, Mark is the only one who has his own personal Instagram account open. Haechan had expressed his surprise at Mark opening his own account, because he “thought he would never do it.” But when Mark asked Haechan if he would open one, his answer was an immediate no.

His reason was because each of the members have Bubble and LYSN, and he wants to focus on using those functions more often. Plus, he shared that he isn’t good at capturing photos. 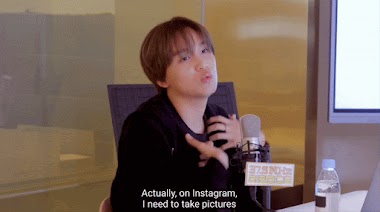 But, he has considered Instagram for its Instagram Live function because it’s more convenient and quick compared to VLIVE. And Sungchan had a solution to Haechan’s dilemma. 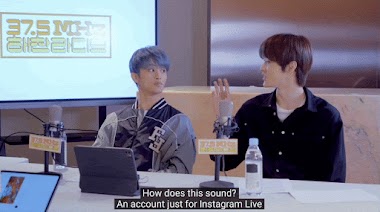 Sungchan’s suggestion was so good that it even swayed Taeil, who also wasn’t interested in opening an Instagram account because he felt it would give him stress. Thanks to Sungchan, perhaps NCTzens can expect a new Instagram user!