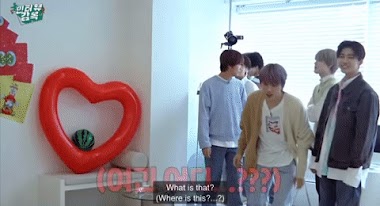 One note Renjun found gave him the mission of blindfolding himself and identify his members merely using touch. While it seems a little extreme and difficult, Renjun shocked his members with how well he did! Just by feeling their hands, Renjun was able to identify every member correctly. 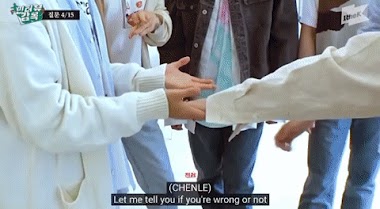 After Renjun took his blindfold off, the members were skeptical of Renjun and accused him of somehow peeking through his blindfold. Jisung asked, “You saw it, right?” Despite the suspicion, Renjun swore he couldn’t see anything. 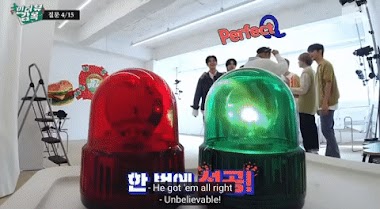 The members continued to question Renjun. To feed their curiosity, Renjun explained how he was able to recognize each member just by their hands. 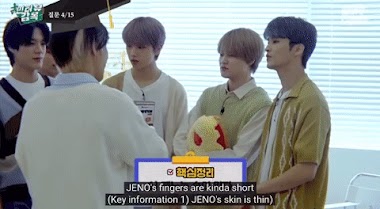 Although Renjun gave a great clarification of his method, Mark questioned how he guessed him correctly since his nails yesterday: “But I cut my nails yesterday.” 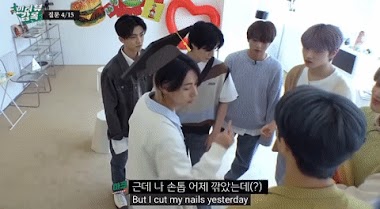 While Renjun was unsure of how to answer, He insisted that he did not cheat. Frustrated, Renjun said, “Well, I really got it. Why do you have doubts about that?” The members reassured Renjun that they didn’t doubt him but were merely shocked at how well he did. 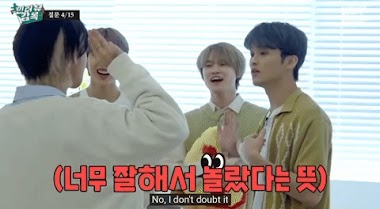