NCT‘s Taeyong recently created his very own Instagram account, much to the delight of fans. He revealed the account on a live stream and soon enough, he reached 1 million followers in less than 2 hours after he broadcasted it. 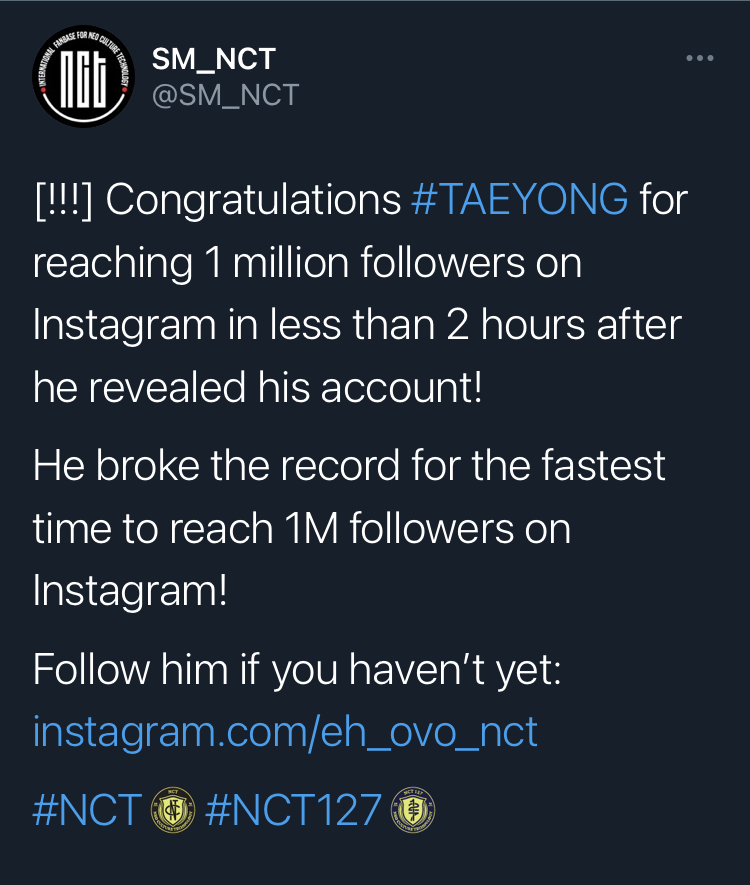 His ID, @EH_ovo_nct actually spells out his name in Korean characters followed by NCT. Fans were excited that he broke Harry Potter actor, Rupert Grint‘s record. Rupert Grint gained 1 million followers in 4 hours when he revealed his account back in 2020. Grint’s record was registered under the Guinness World Records. However, the official Guinness World Records recently stepped up to clarify that Taeyong’s achievement failed to be registered in their books. Here’s why!

According to guidelines, Taeyong made his first Instagram video post a few hours before he revealed the account on livestream. Going by the book, the time from first post is the standard that the book goes by to measure fastest to reach 1 million followers.

Had Taeyong posted after he revealed his account, the book would then have registered him as a record breaker. What a pity! We’re sure fans are still just as happy to have his account anyway!