NCT127‘s Doyoung thought he was finally safe from the members teasing about his iconic stirring scene in Cafe Midnight: The Curious Stalker, but they have not stopped clowning him about it a whole month later.

The chaos begins in NCT127’s recent “127 City High School” series on YouTube, when the members could barely contain their laughter at Yuta‘s sudden mention of “sseukka.” Unfortunately (or luckily for Doyoung), there was a temporary laughing ban in place, so the members had to do their best to hold in their laughter. 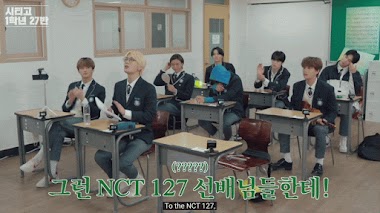 Haechan couldn’t help but bring it up again, and this time some of the members had to pretend to cry to mask their laughter and avoid the penalty. 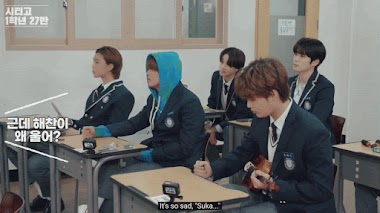 Again, being the mischievous member he is, Haechan brought up “sseukka” one more time, jokingly asking which scene he should make his wallpaper. Doyoung clearly was not having any of it. 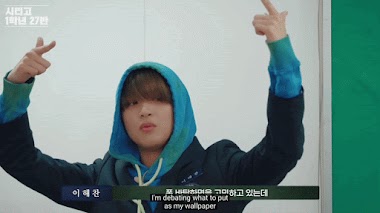 The next segment thankfully allowed laughing, and the members had to answer questions submitted anonymously by each other, where “sseukka” was brought up once again. 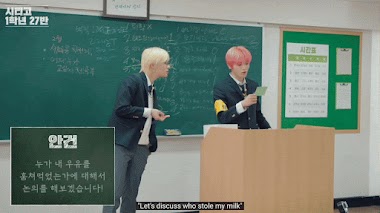 Doyoung was finally confronted face to face with his iconic stirring scene in the quiz section, as he had to pick an iconic line from the drama. While he didn’t want to give his members the satisfaction of teasing him, he still ended up caving and choosing his “sseukka” stirring scene. 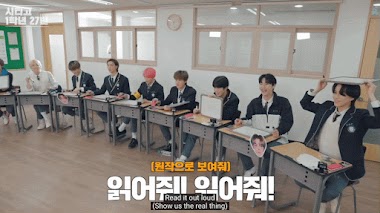 Doyoung better buckle up, because the members won’t be letting go of that scene for quite awhile.