NCT member Mark’s 2017 was packed, to say the least. From NCT’s comeback album “Limitless” in January to attending MAMA in December, Mark rated each month and shared some thoughts on the past year.

There were many firsts for Mark in 2017, which came with many realizations. Mark commented, “The ‘Limitless’ album was NCT 127’s first time coming out since ‘Fire Truck.’ We appeared with nine members, so the group prepared a lot. But I think there were more regrets. I feel like we didn’t get to show everything that we prepared. I realized that instead of us just enjoying ourselves, we need to show the public and our fans the coolness beyond our imagination.”

Mark fondly looked back at “My First and Last” for its fun choreography and as his first No. 1 song. He also reminisced about the group’s performance at KCON Mexico, its large stage, and how it made him imagine what an NCT concert would be like. He also expressed gratefulness for meeting and working with Parc Jae Jung, Henry, and Yoon Jong Shin on the “Snowball Project,” as well as performing at the SM Town concert with other senior artists. 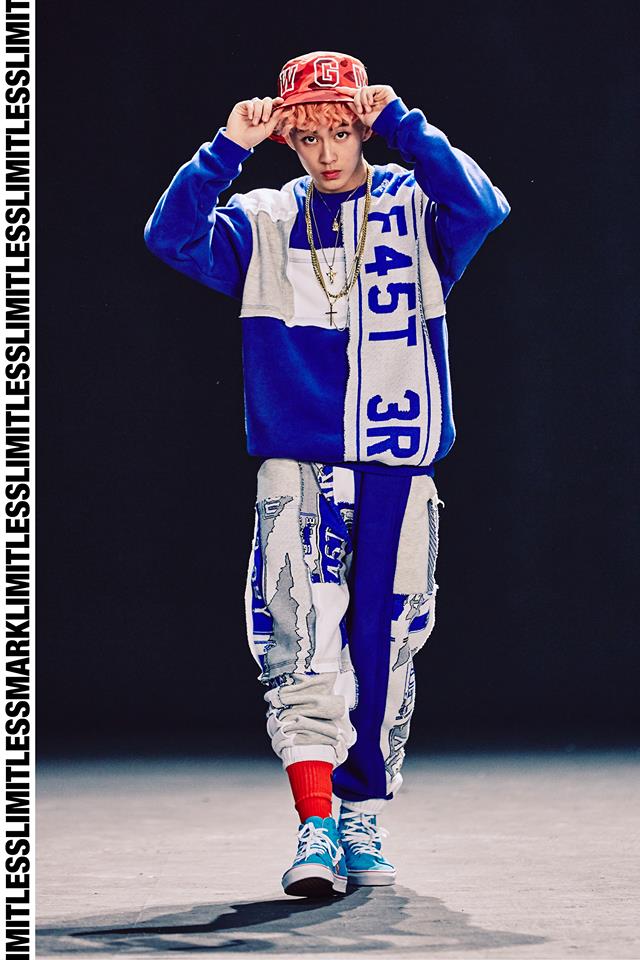 The NCT member also faced some challenges this year especially when he appeared on Mnet’s survival show “High School Rapper.” After his manager told him, “It’s up to you whether this is a challenge or an opportunity,” Mark chose to appear on the show with an open mind to learn. He then described May as “a meaningful month” where he was given time to practice and focus on himself again.

Another first was achieved this year when NCT 127 won No. 1 for “Cherry Bomb.” Mark revealed that he didn’t cry, saying, “It’s weird and awkward crying in front of people. I don’t think I cried that much in front of my members after coming to Korea.” 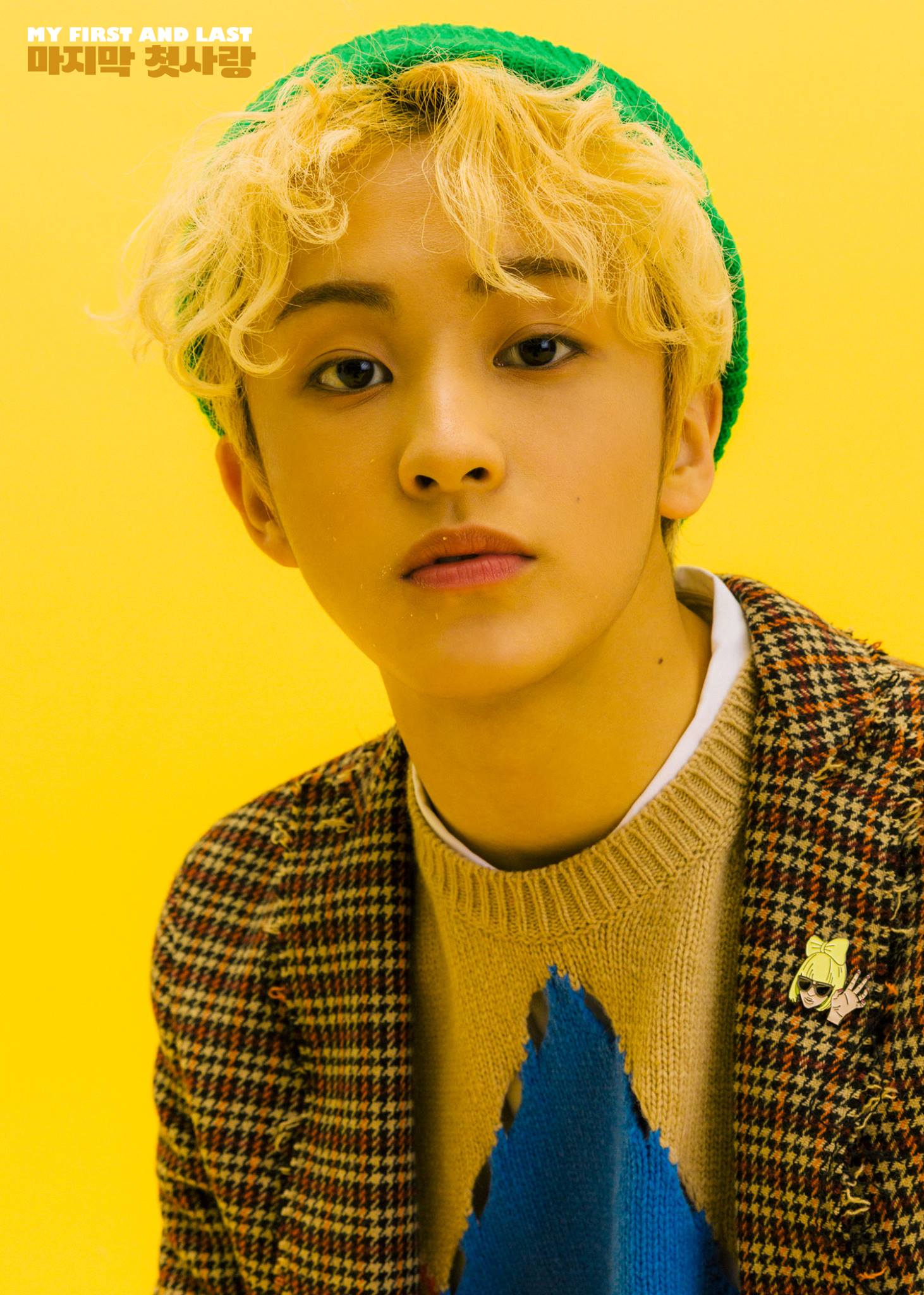 He also spoke candidly about the “We Young” comeback. Mark explained, “Haechan and I have many regrets about our promotions with NCT 127 because it was the same time we were preparing for NCT Dream…after the members finished the choreography, Haechan and I went to practice by ourselves and there were some trial and error. We tried, but it felt like we didn’t get to fully show the energy of NCT Dream. The fact that I gave a high score for ‘My First and Last’ could be because I have so many regrets about ‘We Young.’”

Furthermore, Mark joined veteran rappers Dynamic Duo and other idol rappers for the performance of “1/N” at this year’s MAMA. He admitted he was very nervous, but they were able to rehearse multiple times before the day of the performance.

On the ratings sheet for 2017, Mark wrote that he wants to be able to write perfect scores for every month next year. He concluded, “Being busy means that there’s an opportunity soon. I feel pleasure from being busy. Being busy is the process of refining myself, so I want to live life to the fullest.” He added that he wants to release a special winter album like EXO in the future. 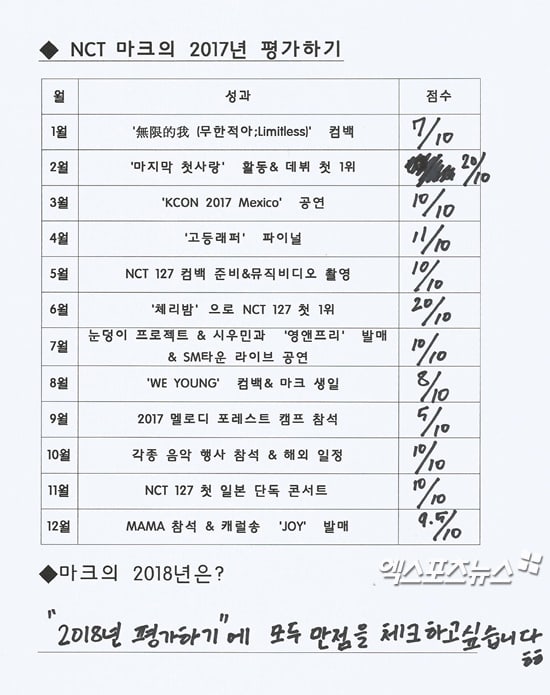