SM Entertainment‘s new girl group, aespa, is set for debut in November. Despite the successful teasers, many are still in doubt regarding member Karina. Karina was previously known to the public as Yoo Jimin, one of the high profile trainees in SM Entertainment.

She was involved in a controversy when her friend allegedly uploaded screenshots of her conversation with Karina prior to news of the group’s upcoming debut. The screenshots were rather incriminating, given that Karina had allegedly insulted various male idols including EXO, NCT and BTS.

I mean it didn’t used to be this bad.. but I think our company and our idols now cannot compare to that other company. I didn’t like BTS originally because they’re ugly…

— Yoo Jimin from the alleged screenshots

Later on, SM Entertainment released a statement to refute these posts, claiming them as being fabricated. This led fans to wonder if they were planning a debut soon given that they were quick to give an official statement on a trainee. However, netizens have uncovered new parts to the story.

On the original screenshots that were circulating, Karina’s alleged friend had mentioned the name, Karina. Yoo Jimin’s use of this stage name had not been announced publicly until 28 October 2020. However, these screenshots had been circulating since late September 2020. This led netizens to think that the screenshots were real after all. 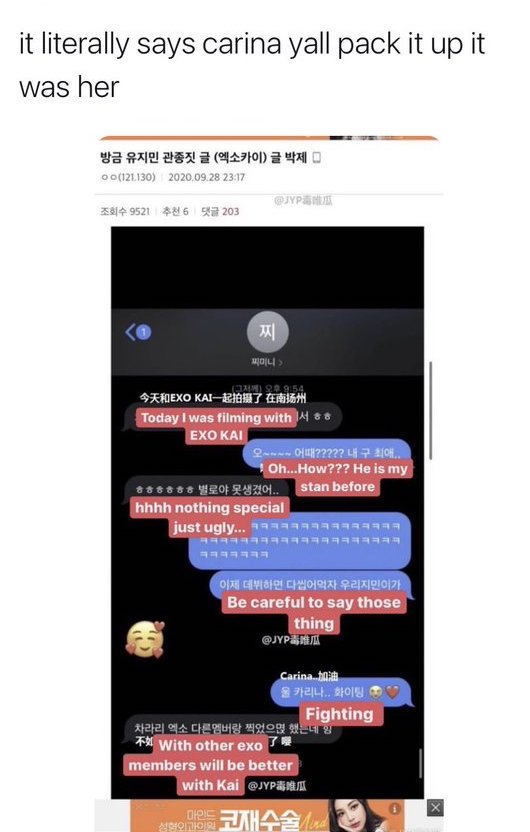 Many have been criticizing the company for pushing forward with the stage name despite the fact that it ties in with the past controversy.

“But… if her stage name is Karina…isn’t it just confirming the allegations? The screenshots from last time mentioned Karina.” 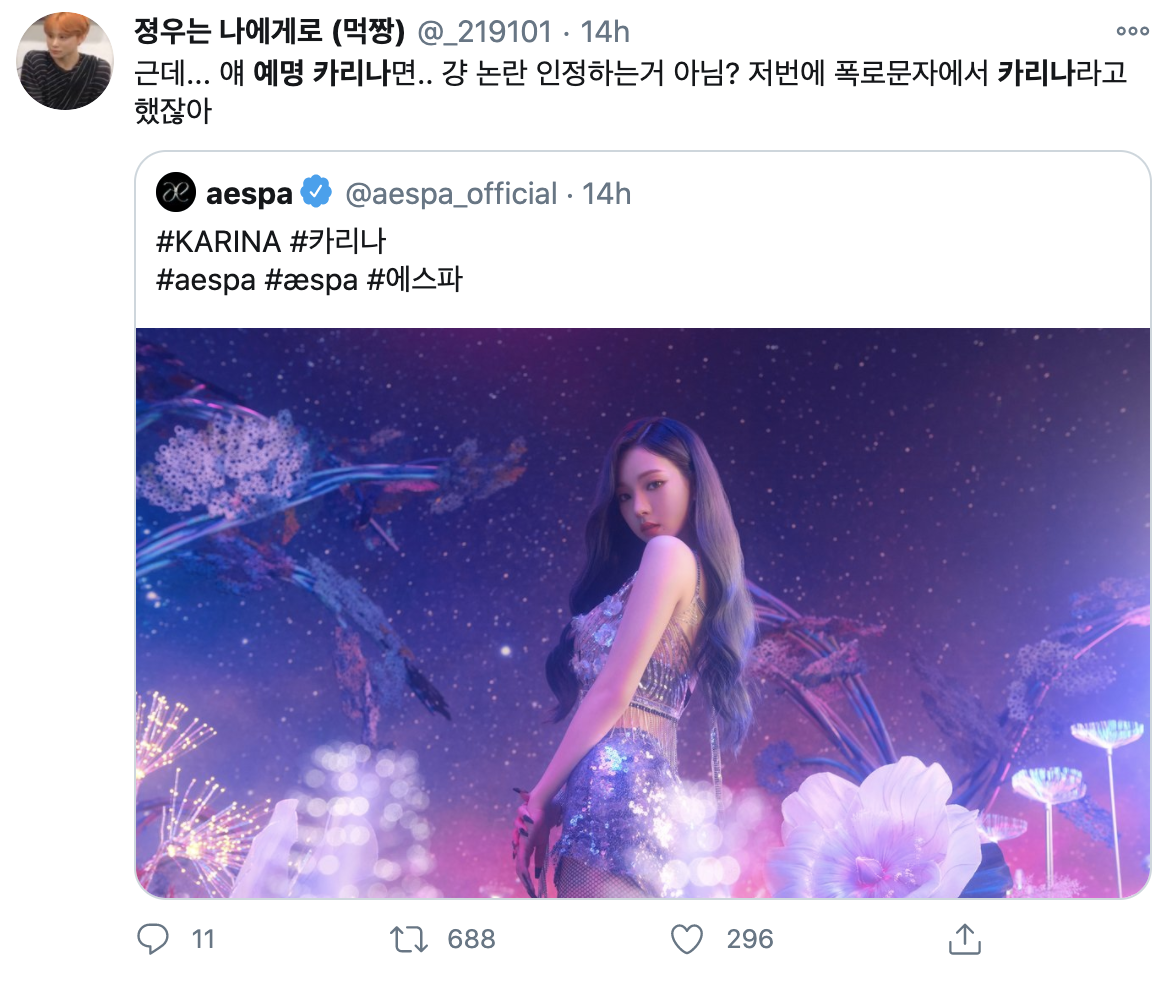 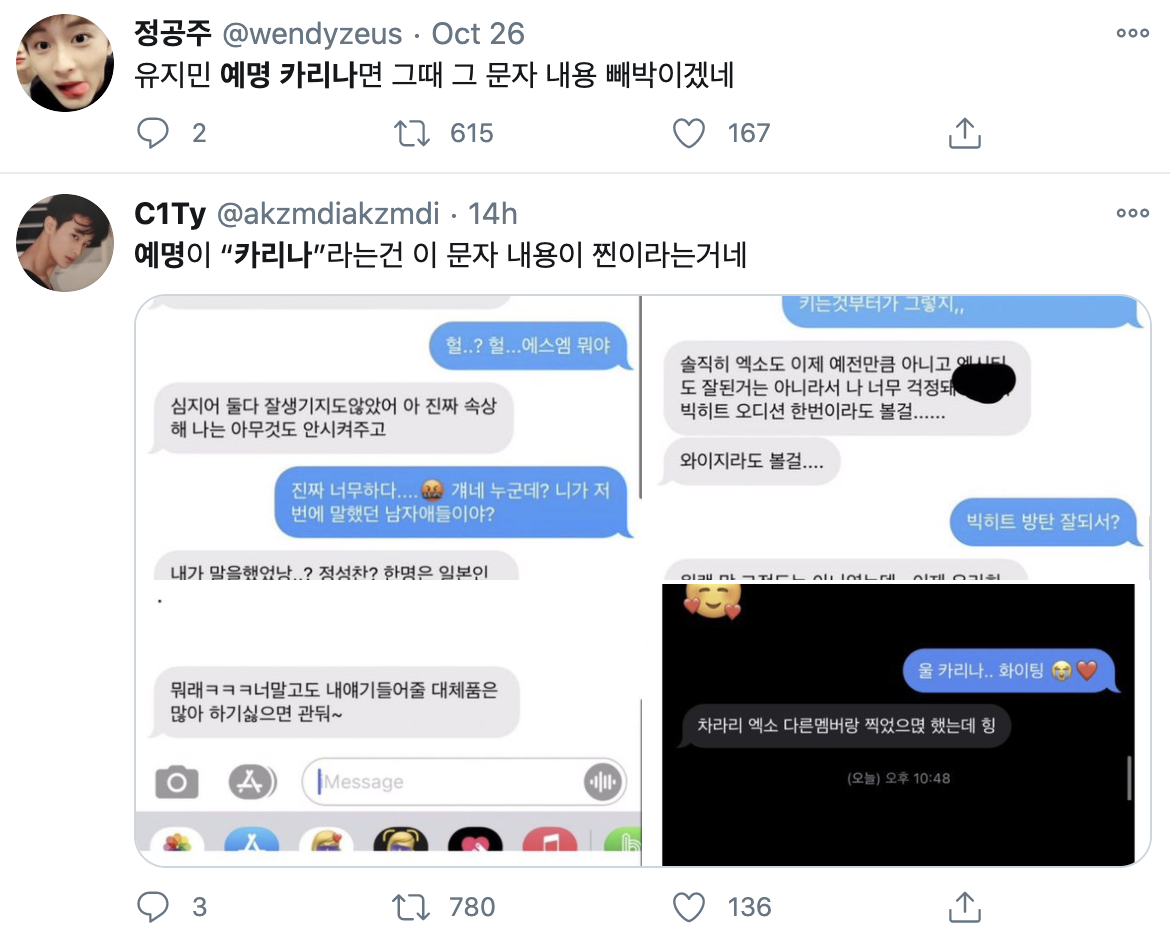 However, it seems that news of her stage name has been going around since August, where a reply to a fan’s Curious Cat included her planned stage name. The fan thought that it may have been Jimin replying to her anonymously when she asked about a stage name. 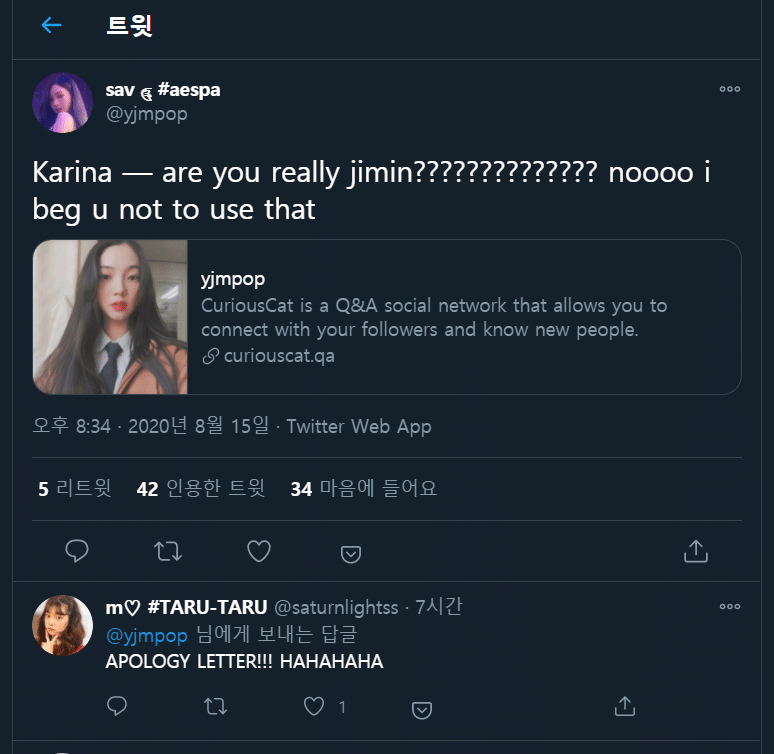 Even so, Korean netizens still think otherwise. Some also lament the fact that their idols are being brought into this mess for no reason.

On the other hand, aespa and Karina have been receiving overwhelming amounts of support from the international community who are anxiously awaiting their debut.