After School – Because of You (November 26)

After
School returns with their second single with an addition of two new
members: Reina and Nana. The two are 21 and 19 years old in its
respective order and both members went through years of training. The
title track of the song is Because of You which has a Shibuya kei style
with electronic pop sounds. Through this song, listeners can see their
top notch performance. The second song is When I Fall which Gahee of
the group penned herself; it is a slow R&B number. The song is
about a one sided love a woman has and it shows her sincere feelings. 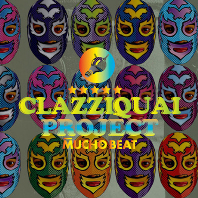 Clazziquai
returns with their 4.5 album which can be considered as the remix album
of their 4th album. Many famous musicians took part in it including
Cloud from Sweden, Daishi Dance, a famous house dance musician from
Japan as well as RAM RIDER, Sugiurumn, and Yasutaka Nakata. Also
included in the album are three new tracks, Round, Lalala, and Deep
Attachment. The song worth noting is Round, which was composed and
penned by DJ Clazzi. The song has funky lyrics with trendy as well as
new sounds.

CL
and Minji of 2NE1 released a surprise digital single titled, Please
Don’t Go. The song was composed by YG’s main producer Teddy. It has
fast hip hop rhythms along with CL and Minji’s strong flowing rap. This
hot song is perfect for the winter.

Tei
and Kan Mi Youn have collaborated together for the second single for
the “Meet-Love-Breakup” Project. Talented artist Tei and Hallyu Star,
Baby VOX’s Kan Mi Youn have come together to sing “The 7 Things I
Promise You” which has a bright melody and rap featuring from PS Jun.
This song incorporates ballad, dance and rap.

Hallyu
star, Jang Nara supports Korea’s figure skaters who are to take part in
the Canada Vancouver winter Olympics by releasing a new single titled,
Tinkerbelle. The song will be the theme song for the women’s single
portion for the Olympics. The song was composed by Kim Du Hyun who also
wrote hits such as Seeya’s “Love Greeting” and Lee Ji Eun who wrote
songs for VOS and Jewelry. The song features rap by MJ.