Davichi, who has continuously released hits after hits including “8282” and “Sad Promise” gained much popularity within the past two years. In addition to their regular activities, the duo has also taken part in project groups and has sung for various soundtracks during their musical career. This year, Davichi are to return with a new mini album, 1 year and 3 months since their last. Top composers have come together to help create this album including Bang Shi Hyuk who is responsible for composing their title track, “Time, Stop.” This powerful song is of the punk rock genre.

8eight who received much love last year with their hit song, “Don’t Have a Heart” has returned with their first mini album, The Bridge. They have collaborated with Bang Shi Hyuk once again with title track, “Breakup is Coming,” a sad ballad about a couple who has just separated. 2PM member, Nickkhun is to star in the music video for the upcoming song. 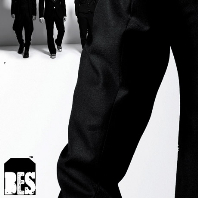 Brown Eyed Soul, who had released a double single, “Will Move Aside”/”Blowin’ My Mind” in March has returned once again with their second double single, “Love Ballad”/”Never Forget” to showcase their clear colors and make a big impact to the public. “Love Ballad” will garner the interests of music listeners who had continuously loved the group’s music. The four members’ vocals harmonize well and Naul’s adlibs are worth hearing. Brown Eyed Soul had also returned to fans with a new concept through the song, “Never Again.” This song will move one’s body before moving one’s heart with its refreshing groovy beats. It has the smooth soul sounds reminiscent of the 70s and 80s.

Lyn makes a comeback after half a month with the second installation of her sixth album, Candy Train. Through this album, Lyn hopes to shows another side of her with brighter love songs. This album is for those who are waiting for their love one or have already fallen in one. The title track is “Darling, Honey, Love” composed by hit maker, Hwang Seong Je, who had also produced her previous album. It is a cute medium tempo R&B track with strong hip hop beats, perfect for this spring season. 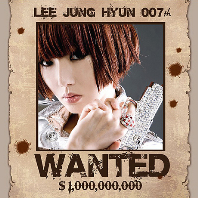 Asia’s top singer, performance and transformation queen, Lee Jung Hyun has returned this year with her seventh studio album, Wanted. This time, the singer has come back as a 007 killer, who wants revenge on her lover who has betrayed her. The title track is “Shady Man” is an upbeat synth number with lyrics about the pain a woman feels after being betrayed by her lover. This “hook song” will capture the ears of listeners with its melody. Also included in the album is “Iniminimanimo” a cheerful electronica number about love games and “Avatar” the title derived from Lee Jung Hyun’s stage name, AVA.

Rumble Fish, who had released many hit songs including “Go,” “Eulachacha” and “Smile Again” has returned with a new mini album, I Am Me. The album was produced by vocalist Choi Jini herself. The title track is “What to Do” which unlike their previous songs is a heart wrenching ballad. It was composed by Kim Won and penned by the vocalist herself. An orchestra has also taken part in the song to further bring out the gloomy mood.

Kara (single) – We’re With You (released)

Popular girl group, Kara who had recently gained much fame through songs such as “Lupin” and “Mister” has released a new single, “We’re With You” in preparation for the upcoming World Cup. The single that goes by the same title, has a bright melody and lyrics that will capture listeners’ ears right away. This cheer song was composed by the famous Han Jae Ho and Kim Seung So combo.

T-ara has released a new single “We Are the One” which is a World Cup song composed by hit maker Jo Yeong Su and penned by Kim Tae Hyeon. This cheer song was also recorded with a 500 member choir and will be sung at arenas to cheer on the Korea team. T-ara is currently doing well with songs, “I’m Going Crazy Because of You” and “I’m Hurting A Lot Because of You”.

A Guide To BTS’s FESTA And Muster For New ARMYs

10+ Times That BTS Members (Other Than Suga) Predicted The Future

BTS’s Jungkook Was Ready To Throw Hands After V Teased Him, But Then Something Unexpected Happened