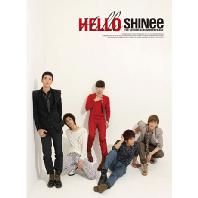 SHInee has done exceptionally well this year with “Lucifer” and is back with its repackaged second album titled, “Hello.” The title track is of the same title and in contrast with their past song which showed off the boys’ powerful charms, the new song will show a sweeter side. This trendy R&B pop number is expected to be refreshing in vocals and rhythms. In addition to “Hello,” the repackaged album also includes two other new songs, “One” and “Get It.”

Rookie girl group, miss A makes its comeback with their second single. The girls who debuted this past July with much confidence and skill returns with a funkier and cuter image fans are expected to enjoy.  The title song is Breathe, a dance tune composed by JYP himself.

01 Memory Is Compared to Love

Kim Jong Kook returns with a remake album filled with ten classics released between the 70’s and 90’s from the likes of Lee Moon Se, Jo Gwan Woo, Kim Jong Chan, and Lee Jung Suk. The artist adds his own distinct color to these songs, giving each and every one of them a new feel from the original. “Come Back to Me” in particular was originally sung by veteran singer, “Jo Gwan Woo. The song is re-arranged to give it some trendy sounds from the South. Gary of hip-hop duo Leessang is featured in the rap portion of the song, which seem to flow well with Kim Jong Kook’s unique singing method.

U-Kiss did quite well with its past mini album, “At I That Easy” causing the entire country to follow the “strong man dance.” The boys are back with their fourth mini album, “Break Time” with includes seven new tracks of new style. The title track is “Noisy,” composed by Kim Tae Hyun who also wrote Ivy’s “Sonata of Temptation,” After School’s “Bang,” and T-ara’s “Crazy Because of You.” The song is arranged with hardcore electronic techniques, focusing even more on the group’s vocals and tough styles.

SE7EN who made his comeback after three years continues his “Digital Bounce” mini album promotions with “I’m Going Crazy.” This medium tempo R&B number showcases the artist’s vocal skills. Composed by Teddy, the song is about a long-time couple whose relationship begins to turn sour as they start to not understand each other and fight. The music video stars SE7EN and his real-life girlfriend, Park Han Byul, stirring the interests of many.

T-ara participates in a project album titled, “TWENTYth Urban” in celebration of composer Lee Kyun Sup’s 20th anniversary in the music scene. Ten of his works were carefully chosen, each song to be released each week. Top artists such as Bae Da Hae, Davichi, FT Island, and Seeya in addition to T-ara will participate. T-ara is the first guest to take part in the album with “Heavens Earth Star Earth” which was originally sung by female duo, BB in 1996. The song was re-arranged to fit the trendy dance sounds popular today.

Sung Shi Kyung is back with a brand new digital single, “It Is You” after completing his mandatory two-year military service. The song is about sadness felt through love and breakup and it’s something everyone must have gone through at least once in their lives. Created by Sung Shi Kyung and close friend/producer Kim Hyung Suk, “It Is You” is a song with beautiful melody and lyrics. Singer IU is featured in this song.

HAM (single) – Take It Off (released)

Here Are The Most Recognizable Male Centers Right Now, According To Koreans

Meet “The Wooks”: Your New Favorite Korean Actors… And Here’s Everything You Need To Know About Them

These Are 20 Fun, Sassy, And Adorable ITZY Goods You Can Buy From Talented Artists