The newest season of “New Journey to the West” seems like it will be a hit already!

The members first celebrated the show’s fifth anniversary with a congratulatory cake from producing director (PD) Na Young Suk. They were surprised that it has already been five years since the show was created and shared their congratulations.

P.O, who joined the program this season as a new guest member, commented, “I went with a lot of expectations. It was fun because I went with my friend, and I was originally a fan of ‘New Journey to the West 5’. It was so much fun. It was really empty without [Lee] Seung Gi and Kyuhyun. So I got scolded a lot, but I hope you enjoy it.”

Kang Ho Dong praised P.O, saying, “When you see P.O’s active role [on the show], you will fall for his charms. You’re going to see something better than expected.”

The cast also mentioned the chemistry between P.O and Song Mino, who are really close friends in actual life. The members said, “During the Japan episodes, you’ll be able to see their teamwork and their peak friendship. Their costumes were the best. It is interesting to just watch them in costumes even without any special audio. There wasn’t a moment of boredom.” 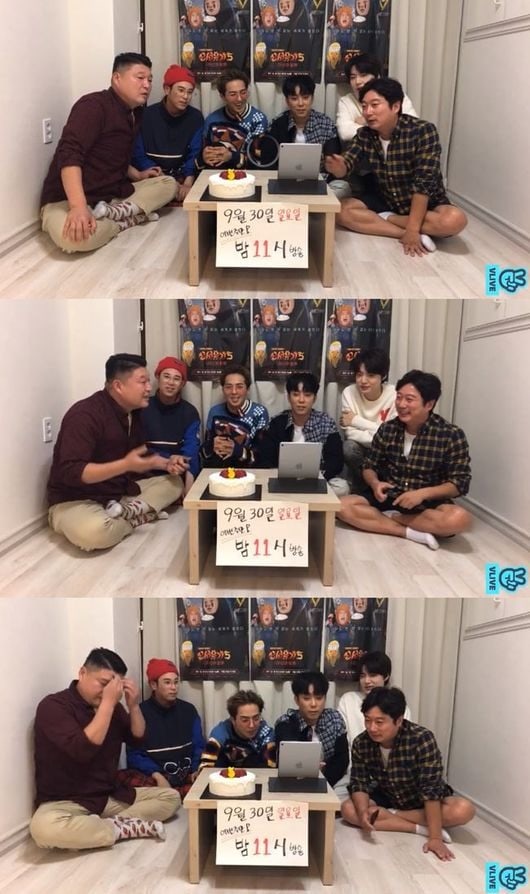 This time, the cast filmed in Hong Kong, Japan, and Korea. Eun Ji Won shared, “The most memorable thing was that we went to a lodging house in the middle of the wonderful sea in Hong Kong. I’m still curious as to why we went there. I’m also looking forward to Ho Dong’s make-up that Mino was in charge of.”