The drama “Aeganjang” (working title “Longing Heart”) tells the story of a man who sets off to change his past with his first love after meeting himself from 10 years ago. Based on a webtoon with the same title, the drama will showcase an original time-slip story as the two selves fight over their first love.

Lee Jung Shin plays the role of Kang Shin Woo, a 28-year-old man who has never dated anyone and remains pining for his first love. After Kang Shin Woo becomes a teacher for himself from 10 years ago and his first love, he endlessly struggles to set them up together.

Kang Shin Woo’s first love Han Ji Soo is played by Lee Yul Eum. Han Ji Soo, a girl who has both brains and looks, will start a love triangle among the characters. Seo Ji Hoon will play the young Kang Shin Woo and portray the character as a 18-year-boy who has a growing crush on Han Ji Soo. 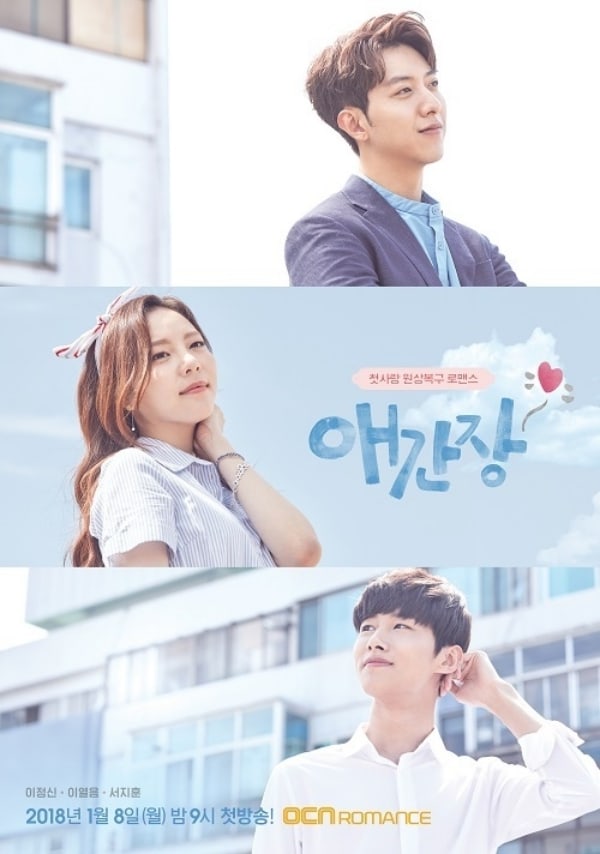 OCN shared that they have been expanding their range of content by scheduling original “OCN Romance” blocks on every Monday and Tuesday. “We look forward to ‘Aeganjang’ filling the air with romance as the front-runner next year following the footsteps of this year’s ‘My Secret Romance’ and ‘Melo Holic.’”