It was announced on Dec. 31 that SHINee, an idol group that has led this year’s Korean Wave, will become new faces for Maypole in 2011. Maypole, a casual wear brand for European Neo-preppy looks, is one of the fashion brands led by IN THE F, a leading total fashion company in Korea.

A source in the company said that they chose SHINee, Korea’s top idol group, as new models with name value, star quality, and fashion sense to appeal the brand’s neo-preppy image to the public as well as to increase sales and expand the business.

Maypole also selected Yi Som, a model called “2nd Jang Yoonjoo” as a new face in addition to SHINee. They plan to maintain the existing customer base by continuing the brand’s comfortable everyday wear style with Yi Som, while securing new teen customers through an aggressive star marketing using SHINee. 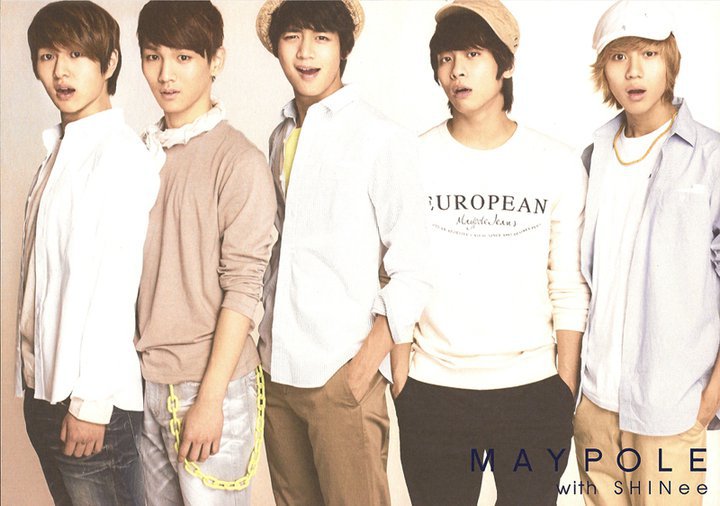