Nikon collaborates with YG to target the youth market 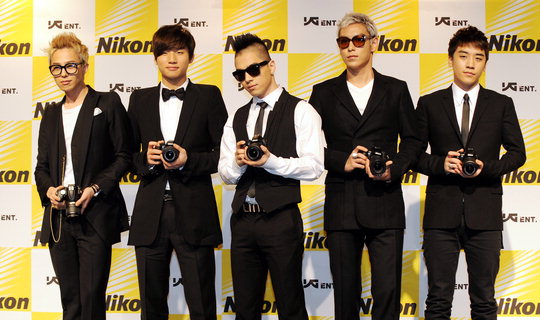 On the morning of the 8th March, Nikon Imaging Korea and YG entertainment signed a joint marketing contract with each other at a special event held at the Grand Hyatt.

Most of YG’s artists attended the event including Se7en, Big Bang, 2ne1 and Yoo in na. Nikon’s representative and YG’s representative both also attended the event and in a meeting with reporters, revealed the plans for joint campaigns including the new “A shot a day” campaign. All YG artists will be also be using Nikon cameras to take videos of their daily lives which will be released as episodes later on during the mid year campaign.

Nikon stated the reason for them collaborating with YG is that with the change of the camera market, the need has risen for a marketing strategy which would appeal to the youth. With YG, they plan to draw in 20-30 yr olds and make Nikon the market leader in DSLR cameras and no. 2 with compact cameras. They plan to change the image of Nikon from “Difficult nikon” to “Easy nikon” and “Professional Nikon” to “Everyday Nikon”.

The first CF will feature 13 of YG’s artists including Se7en, Big Bang, 2ne1, Psy, Gummy, Gu Hye Sun and Yoo in na and is scheduled for release in mid March. On top of that various campaign videos of YG artists will be released on the Nikon website.

There are also plans for YG to release a ‘Nikon Song’ which will be released in the form of a digital single.

YG’s representative Yang Min Suk stated “Usually only artists becomes the ambassador for a certain product but in this case our whole company will be participating. This is a first in Korea and is very meaningful.”

Here are some videos of the event as well!