MBC’s upcoming romantic comedy “I Am Not a Robot” has released stills of Yoo Seung Ho looking perfect in a suit.

Yoo Seung Ho plays the role of Kim Min Kyu, a perfect man who has it all including looks, power, and money but is allergic to humans. As a major shareholder of the country’s biggest finance company, Yoo Seung Ho will show off luxurious outfits throughout the drama.

In the newly released stills, Yoo Seung Ho is wearing a bright blue suit matched with striped dress shirt in a dimly lit room. Because he almost never takes off his mask and gloves due to his human allergy, it is a rare occasion to see him dressed like this. As he sits in a chair and looks ahead, he appears to be lonely and deep in contemplation. Behind him are computers and machines, raising the question of where he is. 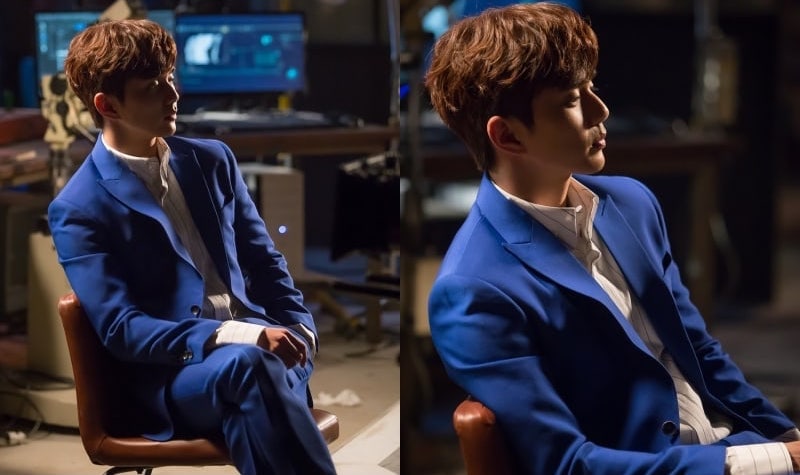 “I Am Not a Robot” tells the story of a man who has never dated anyone because he is allergic to humans and a woman who pretends to be a robot (played by Chae Soo Bin). Yoo Seung Ho will take on the genre of romantic comedy for the first time through the drama.