MBC’s “I Am Not a Robot” has revealed the “dating abilities” of the drama’s main characters. The dating ability is determined based on how much dating experience each character has, as well as the character’s personality, likeliness to date, and more. 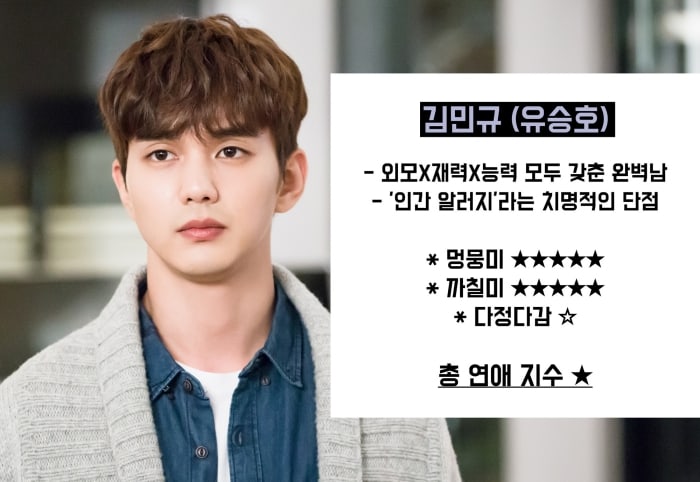 Kim Min Kyu is a man who has it all including looks and money, but he is used to being by himself as he is allergic to human contact. Although he lacks basic human relationships, let alone a girlfriend, he shows particular interest in dating. In the last episodes, he was seen trying to kiss a cushion while watching a romantic movie and complaining about his circumstances to his doctor (played by Uhm Hyo Sup).

Due to his personality that’s far from gentle, Kim Min Kyu’s dating ability was rated one star, the lowest among the three characters. 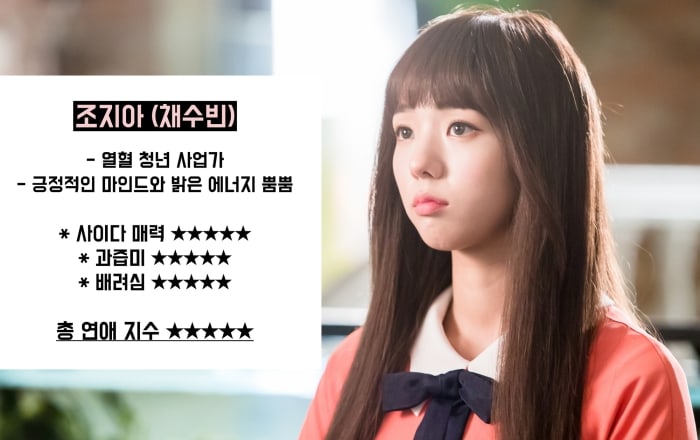 Chae Soo Bin plays the dual role of Jo Ji Ah and humanoid robot Ah Ji 3 in the drama. An enthusiastic young businesswoman, Jo Ji Ah grabs others’ attention with her bright personality and relatable character. Jo Ji Ah not only has a warm heart and puts other before her, but also knows how to speak up when she feels that something is wrong.

As a woman who is ready to love and be loved, Jo Ji Ah scored five stars for her dating ability. 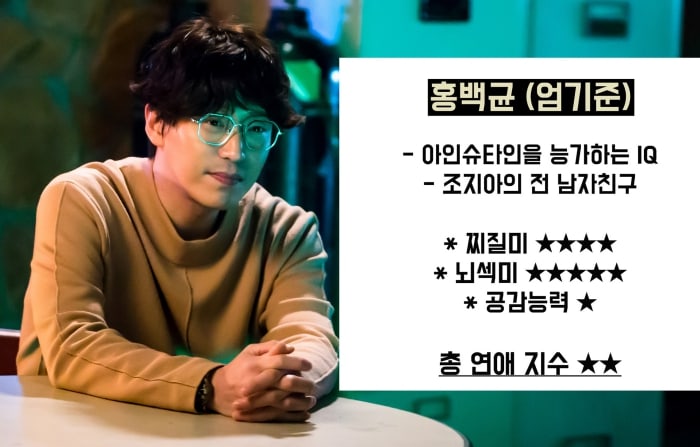 Hong Baek Gyun is a robotics genius who knows everything about robots. When it comes to dating, however, he has a lot to learn. Hong Baek Gyun has been single since he broke up with his ex-girlfriend Jo Ji Ah. Although he has an excellent job and seems to lack nothing, Hong Baek Gyun appears to be still not over Jo Ji Ah as he becomes jealous of Kim Min Kyu.

Hong Baek Gyun’s dating ability was rated two stars due to his inability to relate to others despite his profound knowledge about robots.

The production staff of “I Am Not a Robot” shared, “The three characters in the drama have different dating styles as well as dating abilities. Guessing and comparing their dating styles before the romance actually begins will add fun to the drama.” They also asked the viewers to look forward to the romance between the three very different characters.

“I Am Not a Robot” is a romantic comedy telling the story of a man who is allergic to humans and a woman who pretends to be a robot. The drama airs every Wednesday and Thursday at 10:00 p.m. KST.