“I Am Not A Robot” Shares How Yoo Seung Ho, Chae Soo Bin, And Uhm Ki Joon Stay Warm On Set

Even though temperatures are dipping these days, the set of “I Am Not a Robot” stays warm with the brimming passion of the cast and crew as they try their best to create a good drama. Still, the main cast each have their own ways of chasing away the cold as they put their all into their roles.

New stills released by the drama give viewers a behind-the-scenes look at the actors and what they do to fight against the cold weather. The similarity between Yoo Seung Ho, Chae Soo Bin, and Uhm Ki Joon is that they all wear long padded jackets, a must for when temperatures dip low.

Chae Soo Bin is said to keep her energy up by keeping a bar of chocolate near her so she can have a small snack during breaks. In the drama, Chae Soo Bin plays a humanoid so there are times when she has to wear nothing but her trademark pink dress for some of her scenes. Despite this, the actress never loses her smile and Uhm Ki Joon added, “I gain strength from seeing Chae Soo Bin.” Yoo Seung Ho and Uhm Ki Joon can be seen sitting in front of a small heater between scenes so that they can stay warm and not jumble up their words due to the cold. 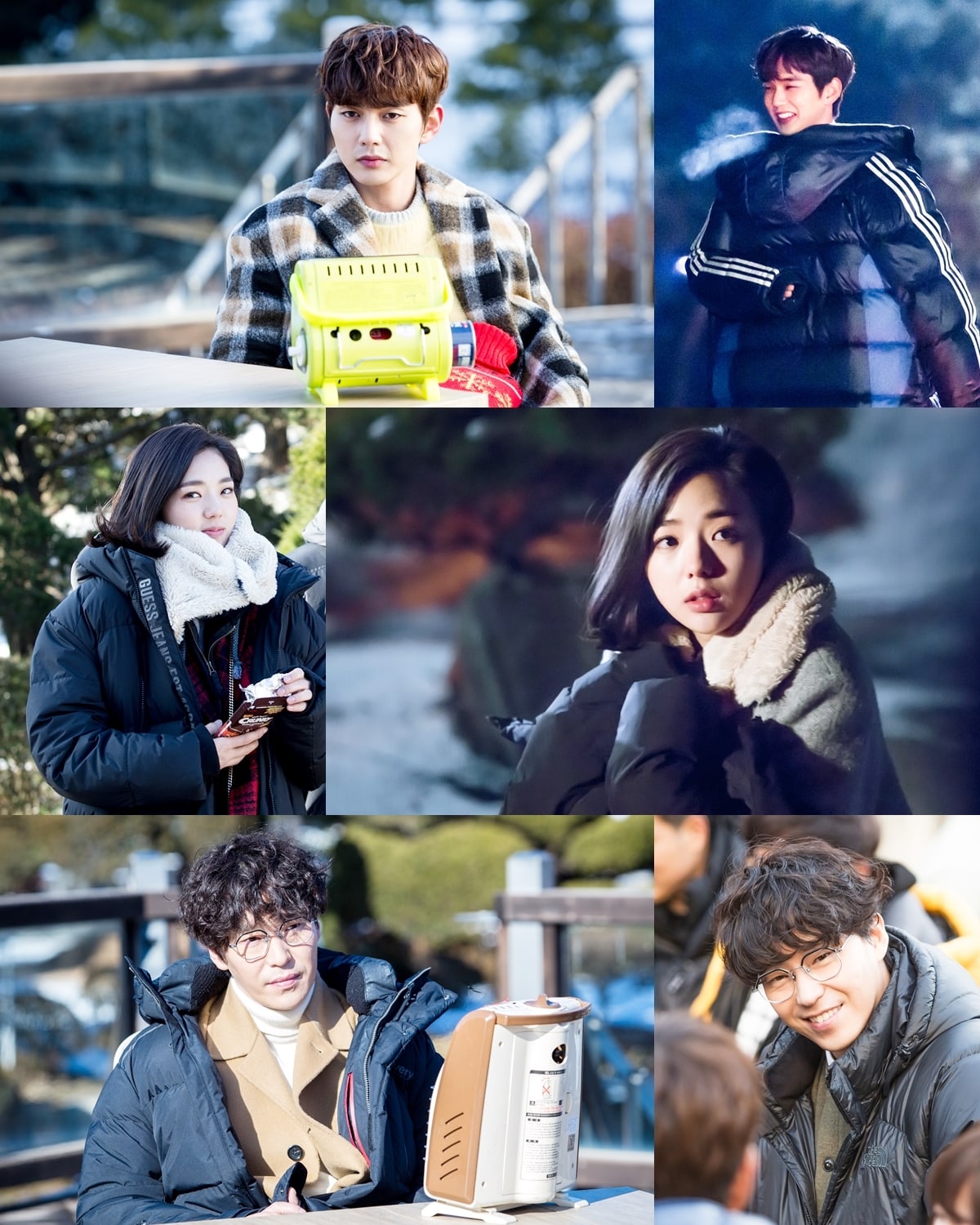 The production staff of “I Am Not a Robot” praised the main cast for their hard work as they said, “We are always grateful to the three actors for giving their all for each scene they’re in. There are a lot of scenes we have to film outside, and our set is in the suburbs, so when the sun sets, it gets so cold that it feels like your toes are going to freeze off. Despite this, the three actors keep smiling as they give the staff words of encouragement and do their best to keep the atmosphere energetic.”

“I Am Not a Robot” is the story of a man who has never dated due to his allergy to humans and a woman who has to pretend to be a robot. The drama airs every Wednesday and Thursday at 10 p.m. KST. Catch up with the latest episode below!