Broadcaster and TV personality, Shin Ah Young shared her story of how she found that one of the main culprits of the infamous “Nth Room”, Cho Joo Bin was following her on Instagram, and how she felt about it. 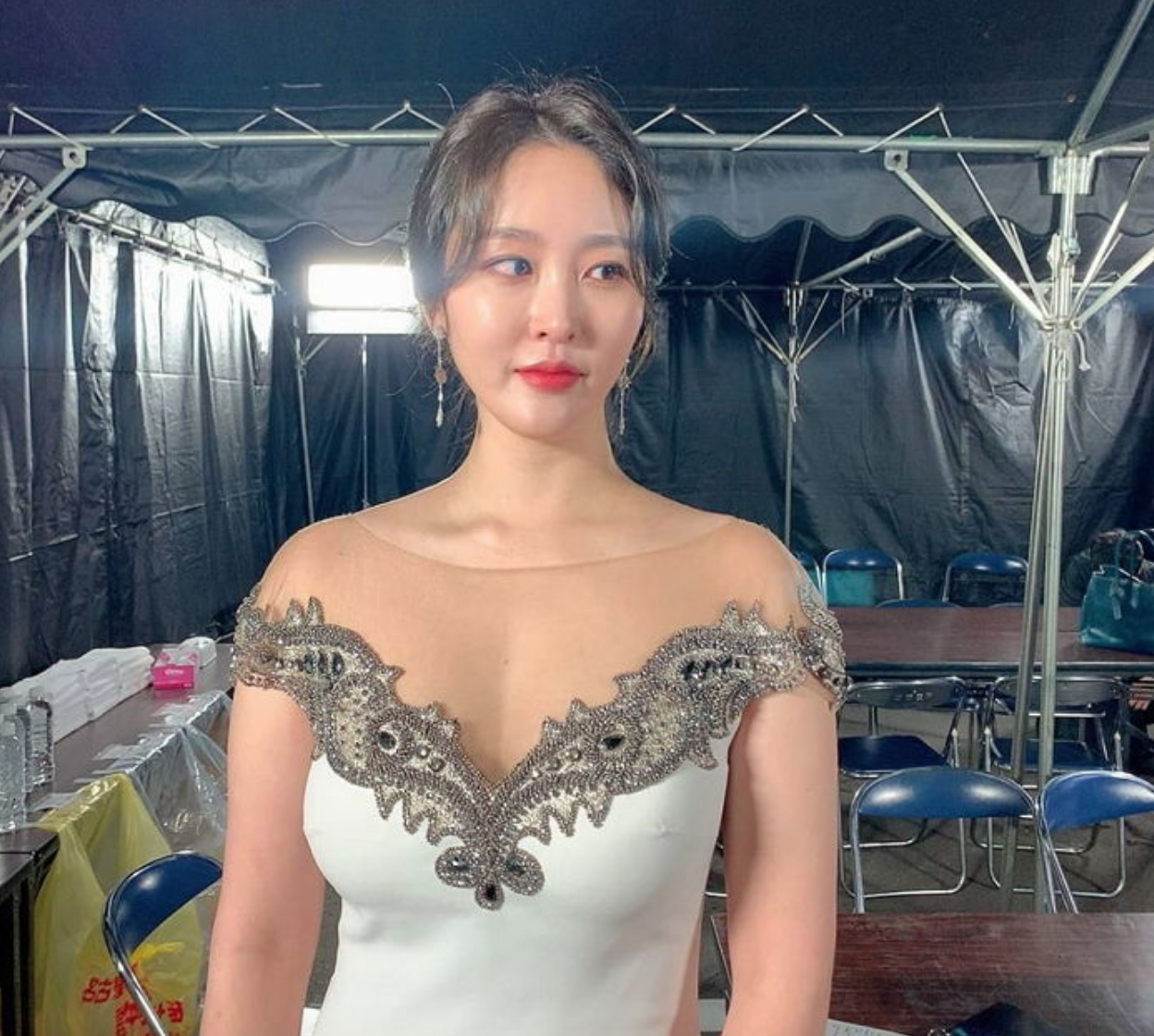 Along with a photo captioned, “I feel like throwing up”, Shin Ah Young shared her thoughts on the “Nth Room” scandal as well as how she felt about it. 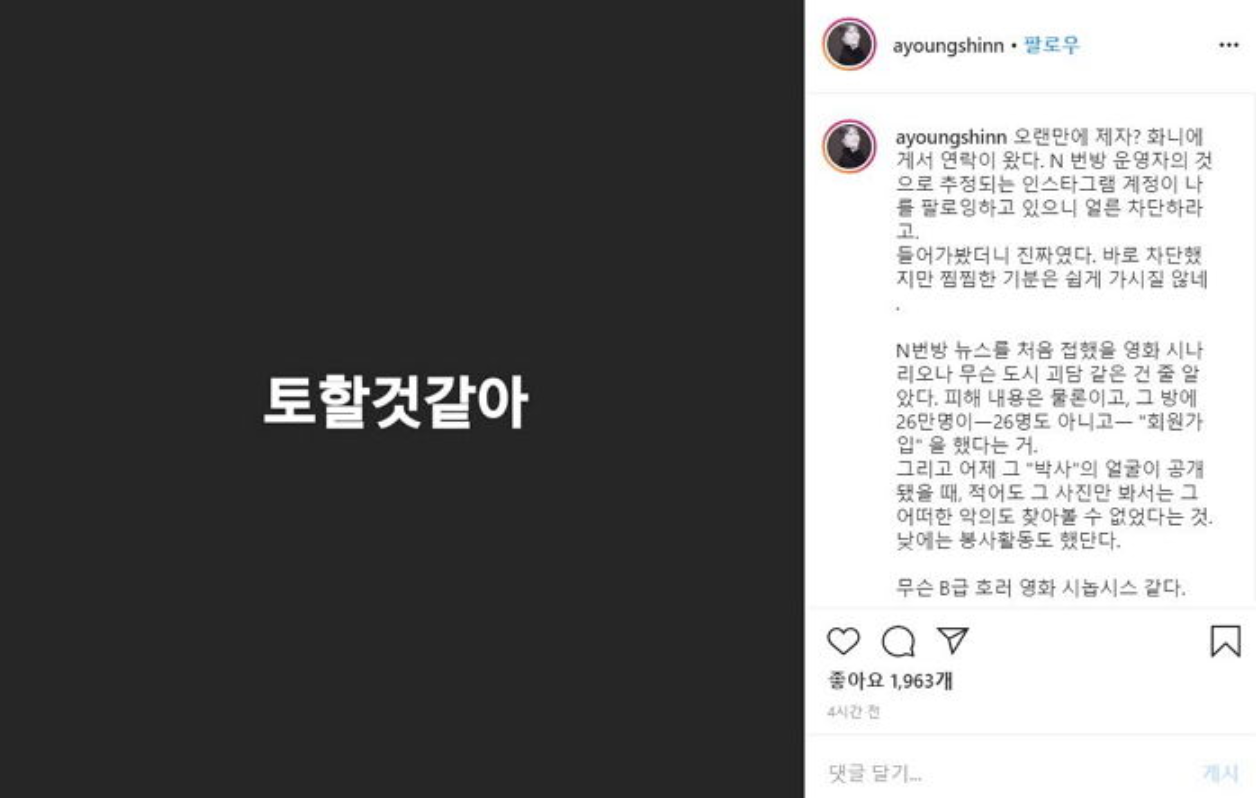 I got a call from a pupil of mine after a long time. She told me that an account that appeared to belong to the perpetrator behind Nth Room was following me, and told me to block it right away. When I went into my list of followers, she was right. I blocked it right away, but I still feel iffy about it.

When I first saw the news about Nth Room, I thought it was a movie or something. The details about what happened to the victims as well as the fact that 260,000 men were members of the group. And when the face behind ‘Baksa’ was revealed yesterday, I couldn’t see any evil in just the photo alone. Apparently, he volunteered during the day. It’s almost like the script of some kind of horror movie.

Just the fact that a man like that followed me on Instagram gives me the chills, so I can’t imagine how it must have been for the girls who were actually harmed by him. The perpetrators need to be punished, but what about the hurt that the victims faced? Who’ll treat their hurt and trauma? I can’t believe this world…

It was recently revealed that a man named Cho Joo Bin was one of the main administrators of the “Nth Room” where underage girls were sexually assaulted and filmed for countless members of the Telegram chatroom. 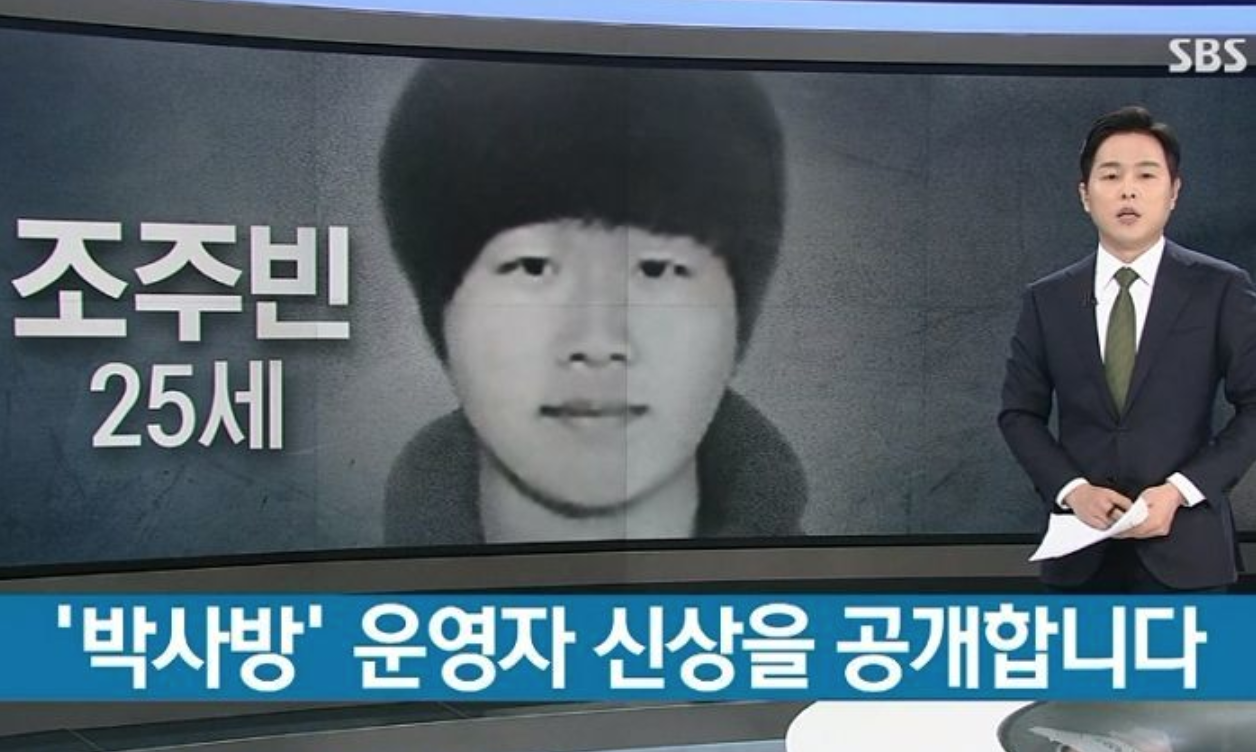 Cho Joo Bin is currently under police investigation while the rest of the country is participating in the national petition demanding that all persons involved in the case be exposed.