In light of their latest first full-length album, Romanticize, NU’EST did a showcase where they discussed the album’s creation process and more! 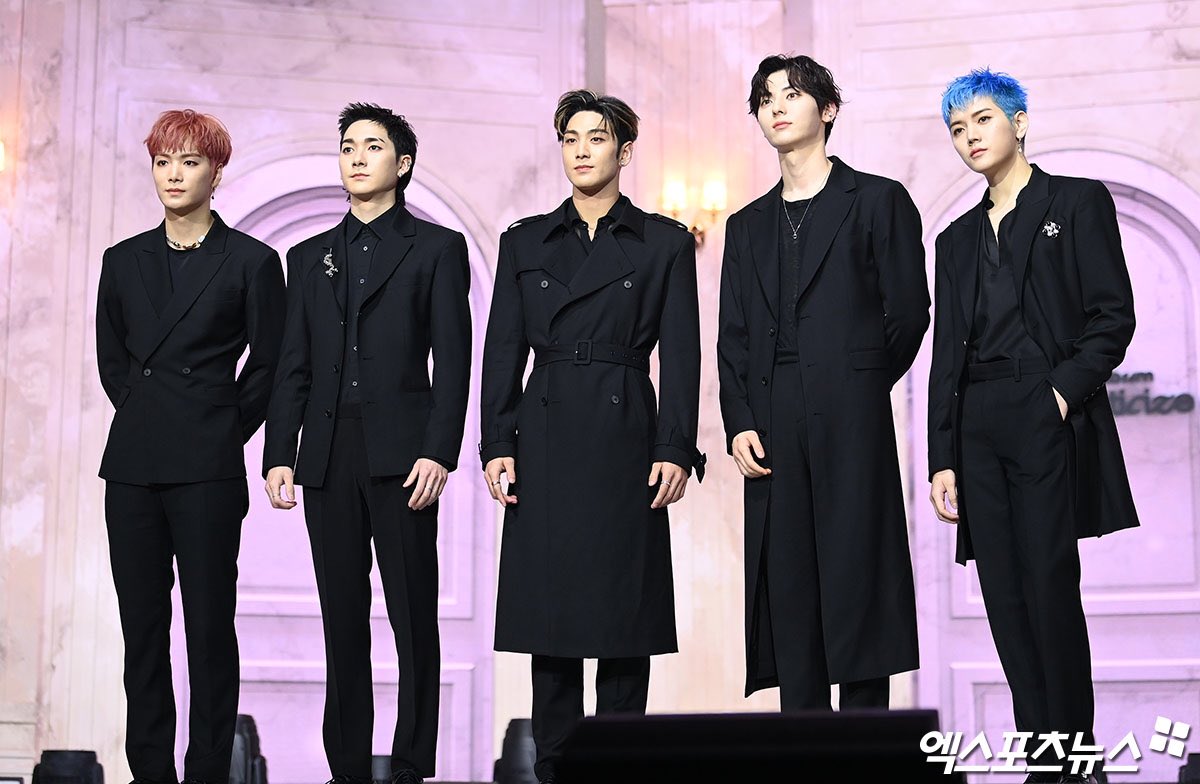 Romanticize has been highly anticipated from fans as it will be NU’EST’s first full-length album in seven years! The group’s leader, JR shared how he’s both anxious and excited about the release of their album.

It’s been a while since we released any album, but it’s been seven years since we released a regular full-length album. I’m trembling and very excited. It’s an album that we worked on for a long time and I think we will be able to show a variety of sides through it.

Minhyun commented while creating the album, the main focus was to deliver their fans great music.

There was no special approach. Since it’s been a long time since a release of a full-length album, we worked with the idea of giving better music as a gift to the fans. We wanted to tell more stories, so we recorded several b-sidetracks, and it was time we did a full-length album, so that’s how it became like this.

Minhyun continued and share that while creating an album always comes with pressure, he aspires to overcome it for the fans.

There is always pressure with every album I work on. But because this is such a long-awaited album and because a lot of people worked really hard on it, I’m trying to focus on overcoming that pressure and promoting it to the best of my abilities. I’m also trying to create more opportunities to interact with my fans via different types of content, so please be on the lookout.

Furthermore, Minhyun commented that although the group did not participate a lot in their previous full-length album, each member incorporated several ideas in their solo tracks of the Romanticize album.

When released our last full-length album seven years ago, we had very little participation in its production. This time Baekho was the center of the album production and all the members tried to put their own thoughts into their solo songs. We’ve grown a lot over the past seven years. 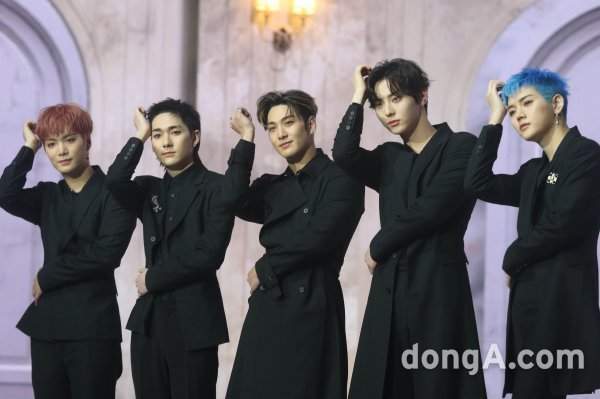 In addition to Romanticize being their first full-length, Romanticize is also special as Aron, who recently took a hiatus, revealed he will be participating as much as he can without harming his health.

I recently had a break and took some time to rest. I had a lot conversations with my agency and members about our promotions. They all respected and cared about my wish and decided that I could promote flexibly without harming my health. Since it’s our first comeback in a while, I’m looking forward to it.

Ren shared how he was happy to be promoting together as a full group as it felt empty without Aron.

I’m happy we are promoting together. We really felt his absence. I’m thankful that we are able to promote all together again.

NU’EST’s second full-length album is composed in two parts, under the overarching theme of “romance.” The first part is loaded with love stories, as they are inseparable from the theme. The second part is filled with NU’EST members’ solo tracks, revealing their personal thoughts about romance.

As for the member’s solo tracks, Baekho expressed how each member’s individual color is shown through their solo songs.

Each member has a very distinct personality. It makes you question how one group can be formed with such different people. This ‘difference’ was so fun that I wanted to show it to our fans with our music. We contemplated on how to produce solo music that showed off our individual personalities.

Ren revealed, in order to get his solo track perfect, he re-recorded his song several times without any breaks.

I took a long time to record to my song. I re-recorderd it several times. The last recording I did started at around 11 p.m and ended at 8 a.m. I recorded without stopping and by the time it was finally over and I headed home, the sun had risen. I had a headache from recording for so long, but it was sort of romantic in it’s way.

As a rapper of the group, JR commented how he was able to sing more this album. JR also shared how his members helped fill up any parts he felt he lacked.

I have a rap position, but this was a good opportunity for me to sing. I felt a bit dizzy sometimes when I recorded. As I worked on solo music, I recognized how great it was to promote together with my members who fill up the parts that I lack.