Shim Eun Jin, who was once a member of one of K-Pop’s original girl groups, Baby V.O.X has recently gotten married. Despite the happy news, there is one person who is stirring up the pot and it is her husband’s ex-wife.

On January 12th, the former girl group member shared on her Instagram page the happy news of her marriage. She met her husband, actor Jeon Seung Bin while they were filming MBC‘s drama Bad Love together back in 2019. Many fans and netizens came forward to congratulate the newlywed couple on their exciting news. Jeon Seung Bin’s former wife, however, started sharing her frustration on her social media accounts after the news of her ex-husband’s new marriage was released.

Hong In Young, who is also an actress was previously married to Jeon Seung Bin. The two actors got married back in 2016, but unfortunately ended their marriage in April of 2020. Due to the short time frame between their finalized divorce and Jeon Seung Bin’s new marriage, Hong In Young couldn’t help but express her thoughts. She subtly accused the two of meeting while he was still married to her, hinting at possible infidelity. Here is what she posted on her Instagram page.

You guys got married within 8 months, but started living together within 3 months…you started living together at the house I lived at..you started dating right after we got divorced in April? It’s like you were waiting for it? That’s shocking…you guys only dated for 8 months but we got divorced in April. The dates are almost being forced to fit together…

Hong In Young continued with her suspicions by addressing the time lines of their drama and when they started to live together. 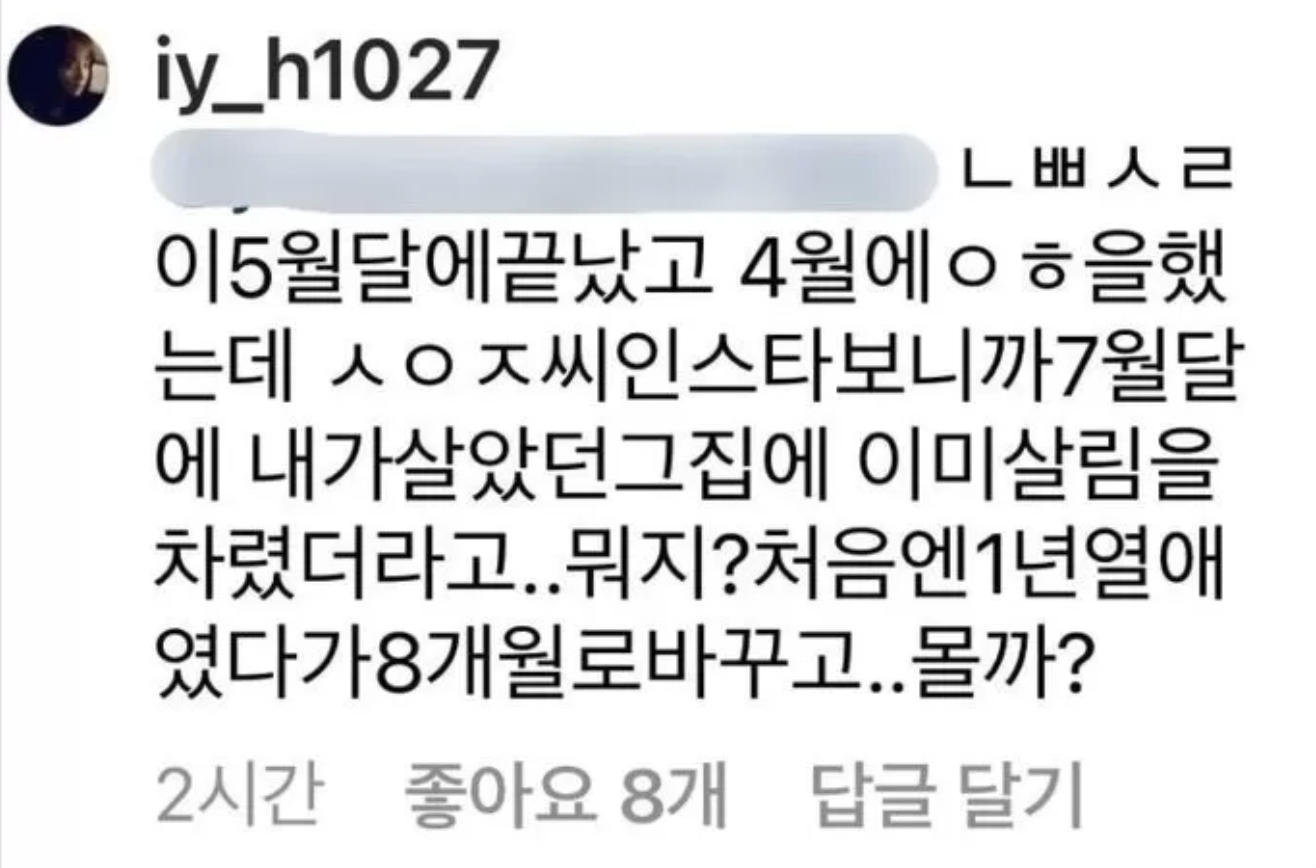 The drama ‘Bad Love’ ended in May and we got divorced in April. If you look at Shim Eun Jin’s Instagram, in July she posted a photo of her living at the house I lived at…what is that? You guys first claimed to have dated for one year and then you changed it to 8 months…what is the meaning of that?

Hong In Young’s allegations did not end there, as she also posted a comment just a few days later saying, “aren’t you supposed to date after the divorce is finalized?” This further added fuel to the growing fire that had been created by her allegations.

It’s true that Jeon Seung Bin and Hong In Young divorced in April of 2020. They legally filed and finalized their divorce in April of 2020, but they were both preparing for the divorce since 2019. It was after the finalization that he met Shim Eun Jin, who helped console him during a hard time. This is how their relationship evolved into a romantic one.

Shim Eun Jin has been getting attacked with numerous malicious comments after Hong In Young’s Instagram exposé. Comments such as, “did you date a married man” and “homewrecker” have been filling her Instagram page. The former idol member finally came forward addressing the issue.

It’s not like that. Don’t believe in such ridiculous claims. I will be taking legal action against comments who make false or defamatory claims against me.