Oh My Girl Completely Sells Out Concert Tickets In 2 Minutes

Tickets for Oh My Girl’s second mini-concert were completely sold out almost immediately after release!

The tickets for “Oh My Girl’s Secret Garden” were released online on December 28 at 8:00 p.m. KST, and spots rapidly sold out until all 3,000 tickets were gone in just two minutes. This is not a first for the popular girl group, as Oh My Girl proved their popularity by completely selling out their first solo concert last year.

Although “Oh My Girl’s Secret Garden” will be held six times beginning from January 22, every concert will feature different songs and costumes. The group will perform songs from their previous albums as well as present new tracks. In addition, there will be a special photo time stage which will allow the fans to capture the magical moment. 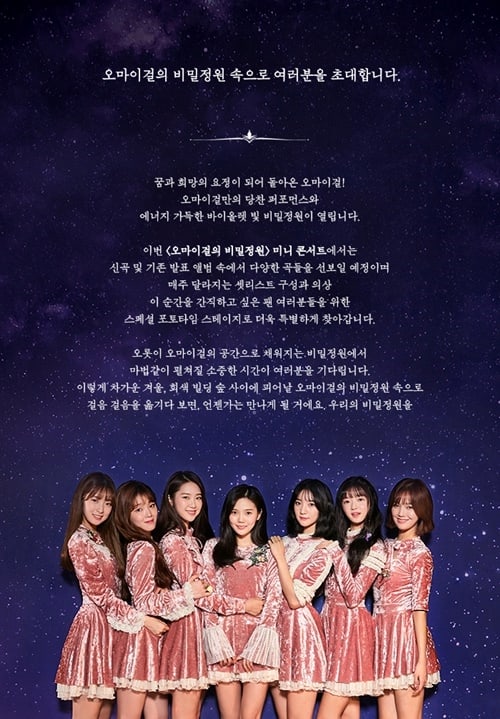 Oh My Girl’s agency WM Entertainment expressed their gratitude to fans for showing lots of love to the group with their comeback just around the corner. “Please look forward to seeing Oh My Girl’s development and various charms that’ll be shown through different performances in this concert,” they said.

Oh My Girl will make a comeback on January 9 with their fifth mini album “Secret Garden.”