The members of Oh My Girl gave updates on Arin and JinE after discussing the alarming experience they went through while shooting their music video.

On April 5, Oh My Girl broadcasted their comeback showcase through V Live.

During the show, they briefly talked about the explosion that occurred on the set of their music video. Seunghee explained, “We were all sleeping in the waiting room when a sudden loud noise woke us up. Thankfully, we didn’t get hurt.”

She added, “They say that [your comeback] will be successful if some kind of accident happens. Because of that explosion, we’re not worried about our album anymore.” It looks like this “superstition” may have come true after all, considering their recent unprecedented personal success on music charts. 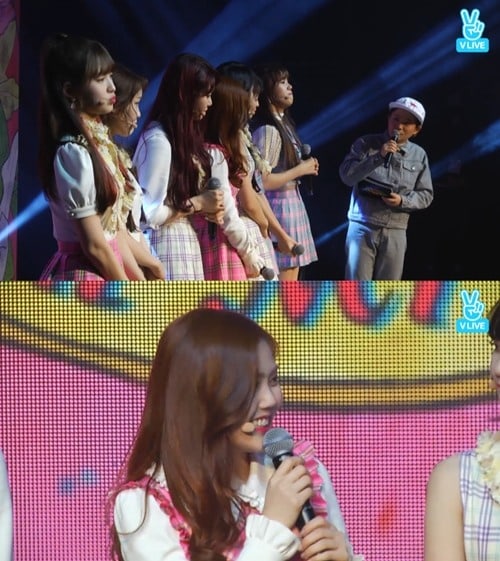 The members were also asked about their thoughts on promoting as a seven-member group without JinE. Hyojung responded while tearing up, “JinE said she was sad for not being able to join. She told us to stay healthy and to promote well without making it obvious [that she’s absent]. We can’t wait to stand on stage as eight members again.”

Arin was then asked about her ankle injury. “I feel great!” she said while jumping up and down, proving that her ankle had healed. 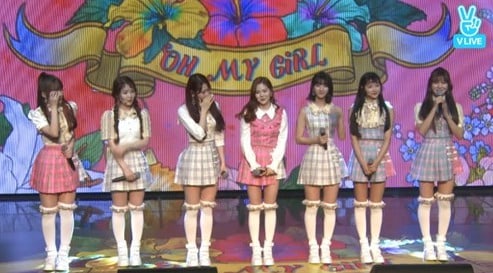 After dropping their music video for “Coloring Book,” Oh My Girl recently surprised fans with a dance video for “Perfect Day.”