On a recent broadcast of Rumor Has It on Channel A, celebrity personality Hong Suk Chun revealed that late actress Oh In Hye had confided to him in her darkest hours.

Oh In Hye passed on at the age of 36 years old. Her body had been found in her house by a friend and although she was rushed to the hospital, she did not make it. It was ruled as a suicide. Hong Suk Chun shared that he was friends with her as she had been to his restaurant a few times. 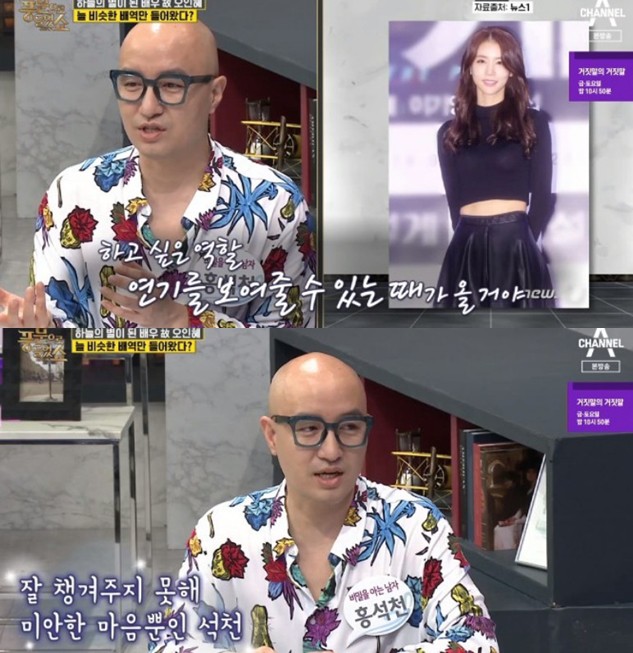 Oh In Hye had consulted with Hong Suk Chun as she was often in dilemma during her time in the entertainment industry. Due to her becoming a hot issue with her provocative dress during the 2011 Busan International Film Festival, she had only been receiving castings for roles that included exposure. This had caused her to have a difficult time.

However, she managed to think of it positively, claiming her natural sexiness to be one of her charms as an actress. Although Hong Suk Chun had advised her that she would be able to take on more ideal roles with time, ultimately she was unable to live it through.

On the other hand, it has been speculated that Oh In Hye had planned this for some time as she had even sold her car. Her family nor the police have yet to make an official statement..