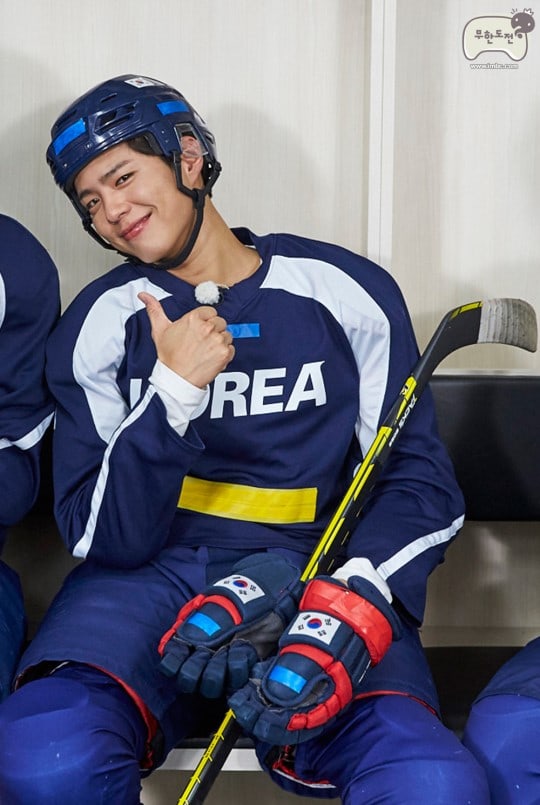 The photos show Park Bo Gum dressed head-to-toe in the Korean national ice hockey team’s gear, looking like a real professional athlete.  The actor seems to be enjoying his time on the show as he is pictured smiling widely while giving a thumbs up to the camera. 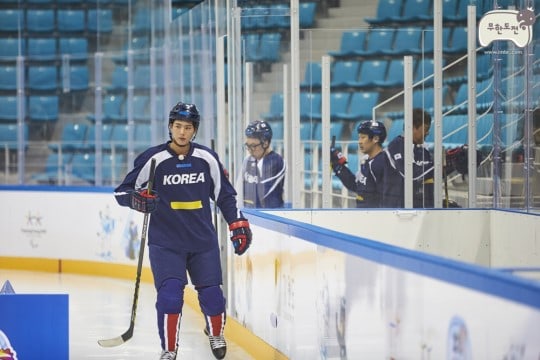 The other still that was released shows the actor getting on the ice with the “Infinite Challenge” members.  In this photo, Park Bo Gum looks like he is ready to play a serious game of ice hockey, leaving viewers anxious to see how the actor will fare in the upcoming episode of the show.