Is there anything Park Bo Gum can’t do?

The actor appeared on MBC’s “Infinite Challenge” on April 15 to participate in the show’s “2018 Pyeongchang Winter Olympics” special as a guest. The team decided to hold a small dance party in his honor, and the actor was ready to get down, shouting out, “Let’s go, party time!” 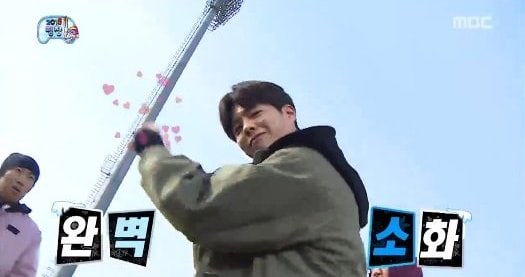 First, Park Bo Gum danced to TWICE’s “Knock Knock,” and he knocked it out of the part, receiving applause from everyone. Park Myung Soo had everyone laughing when he told Park Bo Gum, “Don’t show off,” seeming to get a little jealous that on top of everything else, the actor can also dance. 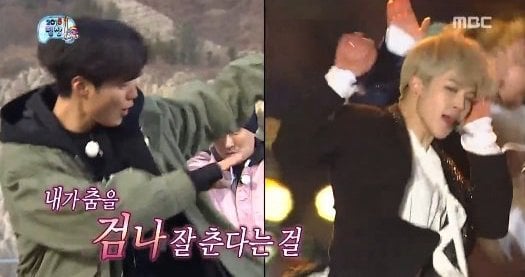 Next came BTS’s “Fire.” The members of “Infinite Challenge” got lost in the rhythm, each doing what they thought was a “cool guy” dance. Park Bo Gum ended things on a high as he emulated the dance moves of BTS, looking like he could fit right in with the group. Considering how he and V are close friends, it wouldn’t surprise us if he had even gotten some pointers on the dance from BTS themselves!

Check out the latest episode of “Infinite Challenge” below to see Park Bo Gum rock it out on the dance floor.