On April 15, the “Infinite Challenge” episode with Park Bo Gum was broadcast!

Although the actor first appeared at the end of the previous episode, he appeared on this week’s episode in full.

Beyond practicing winter sports, the members also had time to chat and goof around with Park Bo Gum. They even gave him ‘advice’ on his variety skills. Yoo Jae Suk led everyone in practicing ridiculous greetings suitable for variety show appearances. Though Park Bo Gum went last, as he was clearly a quick learner, he did not disappoint! 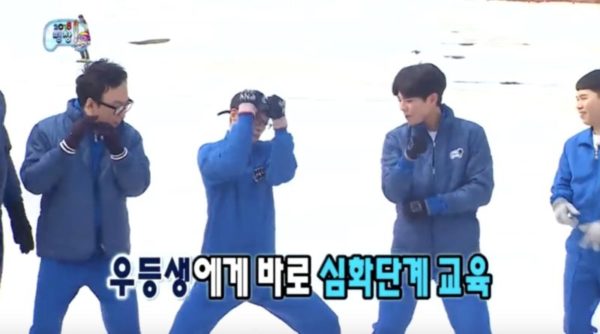 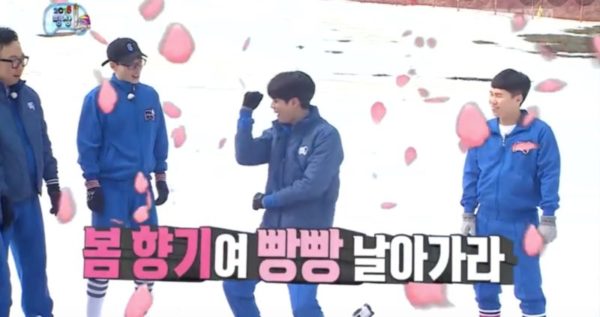 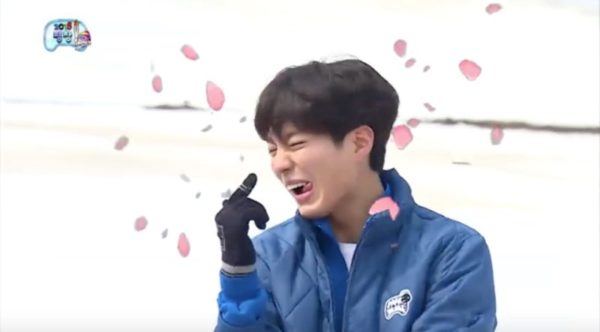 After an activity that involved snow, a banana boat, and heavy machinery, Park Bo Gum and the “Infinite Challenge” members sat down to lunch together. As they began to eat, Haha asked Park Bo Gum, “You said you live in Mok-dong, right?” When Park Bo Gum replied that he did, Haha suddenly asked, “So, when you meet up with your girlfriend what do you do?” in an effort to take Park Bo Gum by surprise.

Without missing a beat, Park Bo Gum smiled and replied wittily, “I’d like to have a girlfriend.”

It looks like Park Bo Gum’s conversation reflexes are more than ready for variety shows already!

Watch Park Bo Gum on the latest episode of “Infinite Challenge” on Viki below: